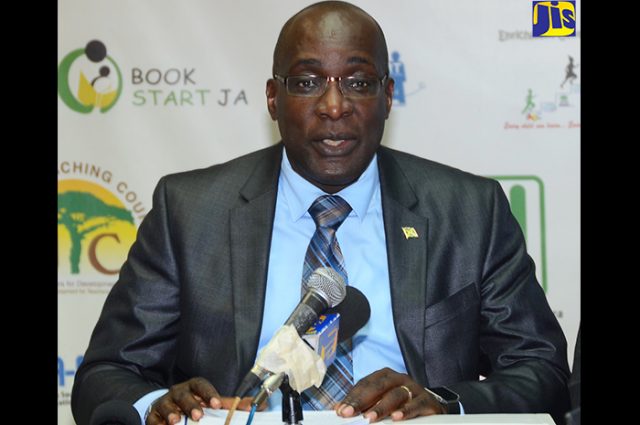 In a national broadcast on January 7, Senator Reid said this is aimed at promoting a healthier lifestyle among students.

The Minister pointed out that last year, Jamaica did not have a persistent and consistent message regarding healthy lifestyles and good nutritional practices, which, unfortunately, permeated to the country’s schools.

It is in that regard, he noted, that discussions have been held with the Inter-American Development Bank (IDB) to develop nutritional guidelines for schools.

This will also be done in conjunction with the Ministry of Health, with a view to rolling out the policy.

Meanwhile, Senator Reid informed that as part of a wider government policy, stronger emphasis will be placed on the development of Jamaica’s early-childhood education sector.

“To this end, we have provided increased funding, in partnership with the Ministry of Health, and the Ministry of Labour and Social Security, to reactivate the Early Stimulation Programme for mother and child from birth to age three,” the Minister said.

“Our focus is to support the birth to three-year-old group through the Early Stimulation Programme, allowing our babies to be developmentally ready for the three-plus years,” Mr. Reid added.

He pointed out that nutrition, stimulation and protection from violence are critical areas that should be addressed during the first 1,000 days of a child’s life.

“We at the Ministry see our mandate as that of helping our students to develop their intellectual capacity and social skills to advance their personal and national development. We cannot do this without the full involvement of parents and teachers,” the Minister said.