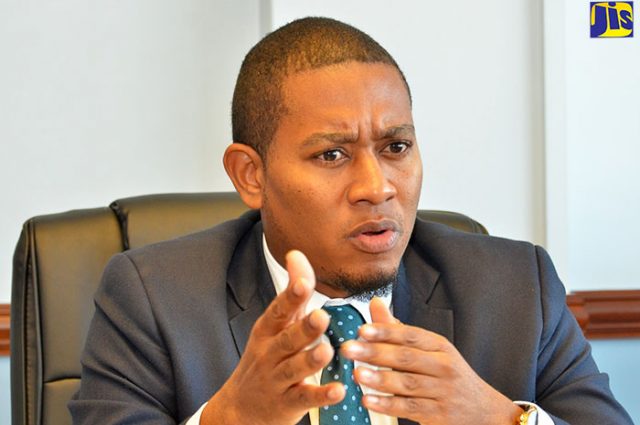 JIS: The HEART Trust/NTA has increased its grant to the Students’ Loan Bureau (SLB) by 100 per cent to provide support for students pursuing technical, vocational, education and training (TVET) programmes at the tertiary level.

State Minister in the Education, Youth and Information Ministry, Hon. Floyd Green, said the decision came after deliberations by the entity’s board and is based on the surplus generated last year.

“The entity has actually increased its provision to the SLB by 100 per cent, moving from the $100 million provided last year to over $200 million to assist students,” he said, during his 2017/2018 Sectoral Debate presentation in the House of Representatives on April 5.

In a recent interview on the Jamaica Information Service (JIS) Issues and Answers television programme, Mr. Green said the special allocation is one of the measures to increase access to tertiary education for Jamaicans.

Other initiatives include the Jamaica Values and Attitudes (JAMVAT) Programme administered by the National Youth Service (NYS).

JAMVAT targets tertiary students who qualify for admission, but are financially challenged. Students are required to contribute 200 hours of public service, and the Government pays 30 per cent of the tuition cost, which does not exceed $350,000 per annum.

“Last year, we provided $130 million. We were able to help 1,300 of our tertiary students pay their fees, and we’re looking to match that number and go higher this year,” Mr. Green said.

He further informed that provisions are being made to finance tertiary education for at least one student from every household on the Programme of Advancement Through Health and Education (PATH) through scholarships.

The SLB has also reduced its interest rate from 9.5 per cent to six per cent for selected areas of study that are directly related to the Government’s growth agenda, aimed at achieving five per cent increase in gross domestic product (GDP) in four years.

The areas of study include Maritime and Logistics, Agriculture, Engineering, and Information and Communications Technology.

The interest rates on ‘Pay As You Study’ loans will be lowered from 9.5 per cent to six per cent, and for postgraduate loans, the rates will move from 13 per cent to 9.5 per cent.