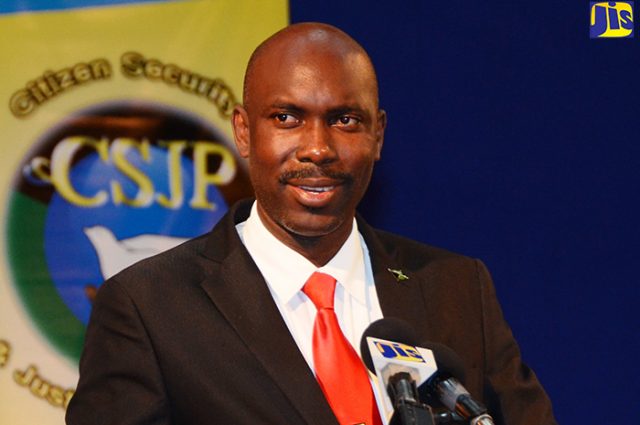 JIS: Human trafficking is now being taught in the nation’s schools.

The curriculum was rolled out in more than 500 primary and secondary institutions at the start of the new academic year in September, following the success of the pilot introduced in 49 schools across the island in September 2015.

It was developed by the Ministry of Education, Youth and Information, in collaboration with the National Task Force Against Trafficking in Persons.

Director of Safety and Security in Schools, Assistant Superintendent of Police (ASP) Coleridge Minto, said the introduction of the curriculum will promote greater awareness among students and teachers of human trafficking and prevent them from becoming victims.

He was speaking at a Ministry of Justice Sensitisation Seminar on Justice Services held recently in Montego Bay.

He informed that 1,000 school officials and deans of discipline have been sensitised on matters relating to human trafficking, and more than 400 safety and security officers are to be trained.

ASP Minto said information on human trafficking has also been included in the safety and security programme of the Ministry to ensure that all school administrators are empowered on the issue.

Meanwhile, ASP Minto is urging parents to monitor their children online, as predators often use social media to lure their victims.

“We have to understand the space that our children enter and who they are communicating with. These human traffickers prey on persons, but they are not putting up their real faces… so students, teenagers, young ladies using the Internet, they have to be careful because they never know who is on the other end,” he noted.

He pointed out that persons involved in human trafficking will also use online sources and the print media to advertise attractive-paying non-existent jobs in order to lure persons into their trap.

“As you seek to apply for jobs online or you see these jobs in the newspapers, you may want to do some research on them before you actually apply and agree to meet someone,” ASP Minto advised.

“We have had cases where persons would have been recruited under the guise that they were going to be employed and, thereafter, became a victim of human trafficking,” he said.

CAPTION: Director of Safety and Security in Schools in the Ministry of Education, Youth and Information, Assistant Superintendent of Police (ASP) Coleridge Minto, addresses a Ministry of Justice sensitisation seminar on justice services held recently in Montego Bay.