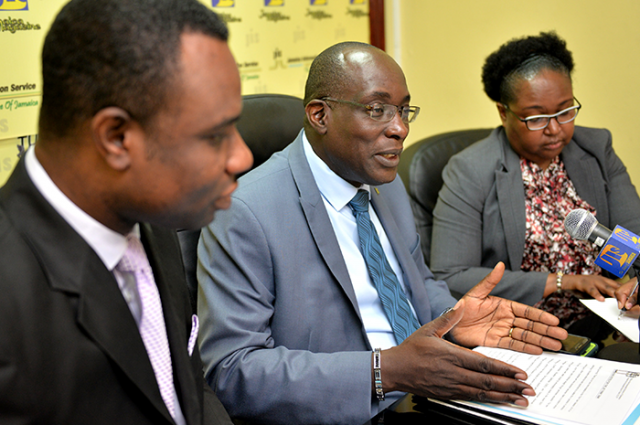 JIS: Thousands of students and teachers will begin the new academic year on Monday (Sept. 4) in much improved surroundings.

Education, Youth and Information Minister, Senator the Hon. Ruel Reid, told JIS NEWS that 172 institutions were identified for repairs at a cost of $554.3 million under the schools maintenance project.

He informed that $316.7 million was disbursed to 122 schools to undertake crucial works to facilitate the re-opening of plants for September.

The other 50 institutions are under contracts for various renovations at a cost of $174. 4 million.

Meanwhile, 14 early childhood institutions were identified for modifications for the creation of infant departments.

Contracts were awarded for projects at 11 schools at a cost of $49.5 million. Construction activities have started with works up to 80 per cent completed on some projects.

In addition to the repairs and maintenance, the Minister told JIS NEWS upgrading projects are being undertaken at several other institutions across the island.

At Pembrook Hall High School in St. Andrew three classrooms are being constructed at a cost of $14 million. The project is slated for completion in October.

The Cedric Titus High in Trelawny is building four classrooms from a $31 million allocation, while at the Sydney Pagon Academy in St. Elizabeth, three classrooms are being built at a cost of $24 million.

Work is 50 per cent complete on a $27 million upgrading project at the Bellevue Primary and Junior High in Trelawny, while the tender process is underway for the construction of four classrooms at Maldon High in St. James.

The Manchester-based Bryce Primary is being upgraded under a $26 million project, and design work is completed for a $50 million restoration project at Westwood High in Trelawny.

Giving an update on the sanitation programme, the Education Minister informed that $76 million was allocated in the 2017/18 budget to upgrade bathrooms at 35 of 42 schools that still had pit latrines.

The reminding seven schools will be completed through partnership with the Jamaica Social Investment Fund (JSIF) and the Culture, Health, Arts, Science and Education (CHASE) Fund.