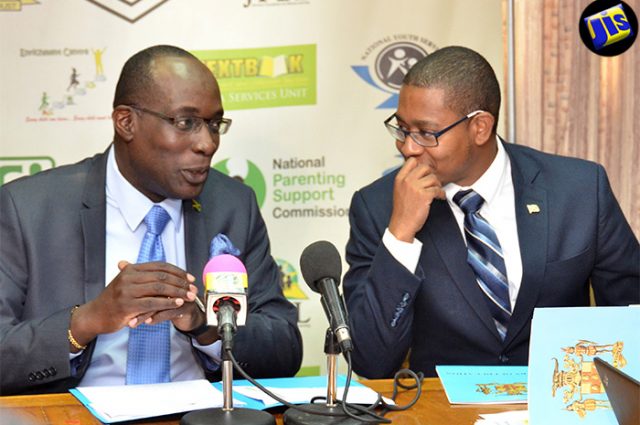 JIS: The Ministry of Education, Youth and Information, is reporting improved passes in 13 of the 35 subjects taken by students in this year’s Caribbean Secondary Education Certificate (CSEC) Examination.

This was disclosed by portfolio Minister, Senator the Hon. Ruel Reid, during a press conference yesterday (August 18) at the Ministry’s Heroes Circle offices in Kingston to provide results for CSEC, the Caribbean Advanced Proficiency Examination (CAPE) and City and Guilds.

He said the Ministry will be implementing a number of initiatives to deal with the decline in Mathematics, which comes after three consecutive years of improvement in the subject area.

Among them is ensuring that there are more adequately trained teachers in the system.

“Based on our 2013/2014 census, only 207 of the 1,784 mathematics teachers deployed in the secondary education system are fully qualified to teach mathematics to grade 11. This means only 207 have at least a bachelors’ degree in mathematics teaching,” he pointed out.

He said it is estimated that 111 fully qualified teachers left the system in 2015, which would have affected the preparation of a significant number of students, and the ability of schools to maintain the standards of teaching and learning.

“Student performance in Agricultural Science and Environmental Science recorded the strongest movement of 12.4 per cent and 12.2 per cent, respectively,” the Education Minister informed.

Candidates recorded improvements in Mathematics-related subjects, with a 10.8 per cent pass rate for Electrical and Electronic Technology; and Pure and Applied Mathematics at 2.6 per cent and 1.5 per cent, respectively.

For City and Guilds, there were 11,029 entries for assessment in reading and writing. Of this total, approximately 8,400 were from grade 11 and close to 2,600 from the Career Advancement Programme (CAP). At grade 11, the overall pass rate for all three stages combined was 70.65 per cent.