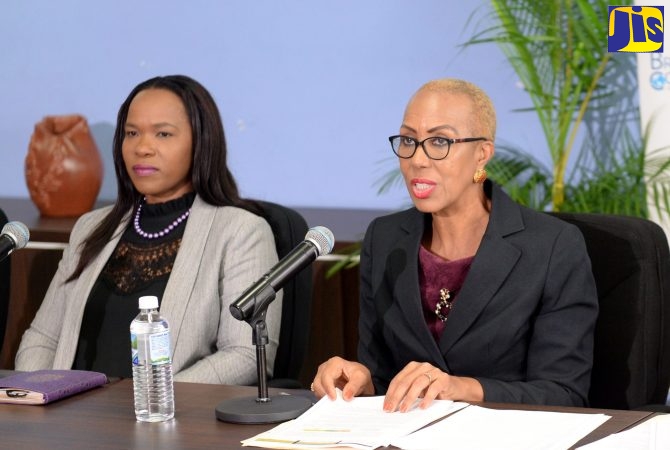 Improvements have been made in several subject areas by students who sat this year’s secondary-school external examinations, according to the Ministry of Education and Youth.

Portfolio Minister, Hon. Fayval Williams, addressing a press conference today (September 7), pointed out that, “notwithstanding areas of challenges and concern, we also saw some improvements, and we will continue the efforts to ensure that our students are enabled to pursue their education and career goals”.

The Caribbean Secondary Education Certificate (CSEC) and Caribbean Advanced Proficiency Examination (CAPE) tests were administered through the Offices of the Overseas Examinations Commission, in June and July.

In CAPE, of the 35 subjects entered this year by all candidates in Jamaica, Unit 1 showed an average pass rate improvement in 15 subjects and unit 2 had improvements in 18 subjects. A pass in CAPE refers to the attainment of grades one to five.

In addition, 143 more students from public schools were registered for CSEC this year, in comparison to last year.

For CAPE, 11,649 candidates from public schools entered both Units 1 and 2. 183 entries were deferred for these exams.

Minister Williams commended students for the strides they have made in their education and for the perseverance to complete the external exams “under very trying and challenging circumstances”.

“I also want to encourage those who may not have done as well as they would have liked, to look for opportunities that will contribute to improved performance,” she urged.

The Minister also thanked teachers and parents for supporting the nation’s students in their academic pursuits.