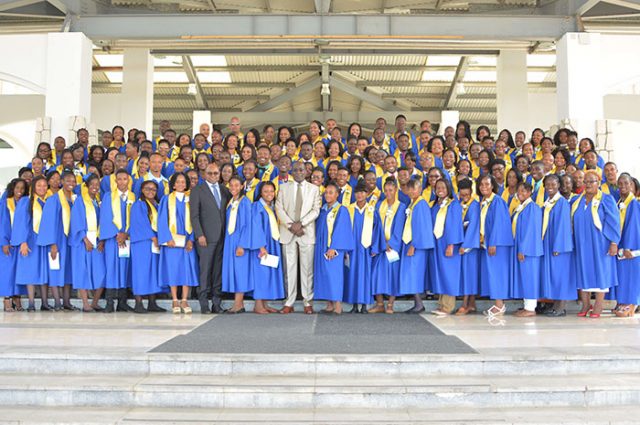 JIS: The island’s tourism product has been boosted with the graduation of the first cohort of 150 certified hospitality workers from the Jamaica Centre of Tourism Innovation (JCTI).

The JCTI, which was created to increase access to certification for recent graduates as well as workers in the industry, saw, for the first time, persons being accredited as Hospitality Supervisors and in Hospitality Industry Analytics. Individuals also received the American Culinary Federation certification.

Minister of Tourism, Hon. Edmund Bartlett, said the JCTI is part of the five-pillar growth strategy of the Ministry to provide “new products, new markets, new partnerships, new investments and the renewal of human capital”.

“The strategy for realising the outcome from those pillars is training, building the human capacity (and) creating the energy and the innovation that is required to put Jamaica’s product at the highest level of appreciation,” he said.

He was speaking at the inaugural graduation ceremony, which took place at the Montego Bay Convention Centre in Rose Hall, St. James, on Sunday (April 8).

Mr. Bartlett noted that tourism is no longer a seasonal industry and “we are no longer talking about employing persons for three months and six months because the season comes and the season goes. We are now an all-year-round economic activity with a team of workers who must be fully certified with the capacity to produce at the highest level of competence 24/7”.

He told the graduates that they have been placed on a career path that will take them from certified supervisors to becoming “managers, managing directors, and eventually owners yourself of hotels across Jamaica”.

The Minister also announced that the JCTI will become a part of the Tourism Enhancement Fund (TEF) Department of Tourism Innovation.

This, he explained, will enhance the results of other initiatives, such as the Team Jamaica training course, which are all aimed at professionalising the industry.

Meanwhile, Minister Bartlett said a holistic approach will be taken to ensure that a new path is forged where training and competency building will begin at the high-school level.

In so doing, he said $10 million will be made available from the TEF in September to establish a curriculum in high schools for the certification of students in hospitality.

Minister of Education, Youth and Information, Senator the Hon. Ruel Reid, in his remarks at the ceremony, hailed the partnership between the Tourism and Education Ministries to provide training and certification for workers in the hospitality sector.

He noted that the move is also in line with the Ministry’s goal to ensure that “by age 30, all Jamaicans should hold some form of certification”.