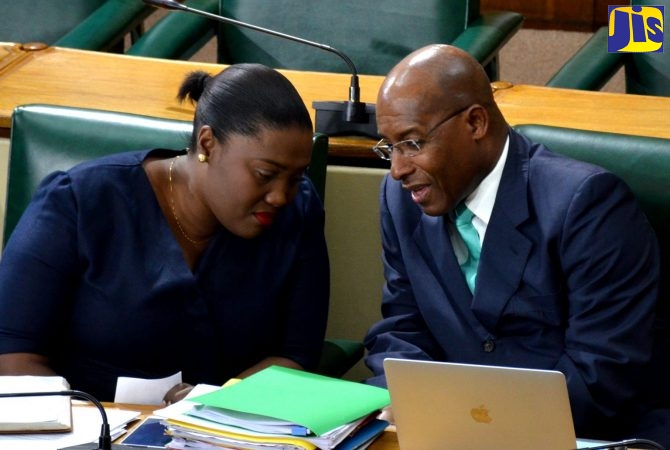 JIS: Government Senator, Kerensia Morrison, has called on all Jamaicans to create safe spaces for children, in light of the recent incidents that have resulted in the loss of children’s lives.

Closing the State of the Nation Debate in the Senate on Friday (February 8), Senator Morrison made specific reference to the loss of twin girls, Nahelia and Nahalia Pinnock, who perished in a fire in Grants Pen, St. Andrew, on January 31.

She expressed deep concern for children living in the island who are not being protected by their parents and guardians.

“It is heart-rending, and we use this platform to extend condolences to the grieving family and community, but so many of our children die or are seriously hurt within their homes, and this is a call for us to become more mindful about creating safe spaces, not necessarily in reference to that incident, but generally speaking. As a nation, we need to become more concerned about creating safe spaces and safe environments for our children,” Senator Morrison emphasised.

She said the Government is working hard to provide safe spaces and homes for Jamaicans, but that people too have a role to play in the upliftment of their surroundings and the preservation and protection of children’s lives.

“One of the best ways to change people’s lives is to change the condition in which they live. I believe that the housing situation where many of our children are living is inimical to their very growth and development. It is something that we must take into consideration when we consider our children, who are our future,” Senator Morrison said.

She emphasised that oftentimes parents do not intend to be negligent and leave their children at home alone, but they still have a duty to ensure their children are safe, and called on other persons to offer assistance with child protection to parents who are in need of help.

“It isn’t that many of these parents are bad. It isn’t that they are cruel why they leave the child alone in the home. They are often absent because they have to go out there and earn that bread to take back home; so we are looking at a bigger picture here – an issue where we have to talk about serious intervention, helping single parents and making a real difference in the lives of people,” she said.

CAPTION: Senators, Kerensia Morrison (left) and Aubyn Hill, speaking during the sitting of the Senate on Friday (February 8) in Gordon House.