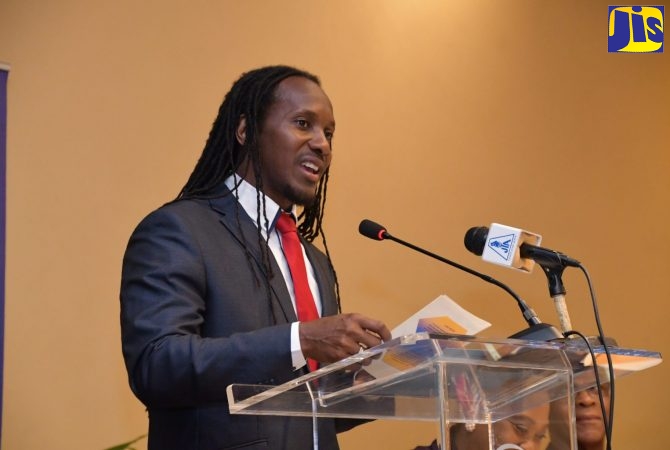 JIS: Minister of State in the Ministry of Education, Youth and Information, Hon. Alando Terrelonge, is encouraging Jamaicans to be more open minded when it comes to learning Spanish as a second language.

“Our children are ready, our children want to learn Spanish (and) they are so excited. Our children are naturally curious. They are bright and they want it,” the State Minister told JIS News in an interview.

He was responding to a comment by Charge d’Affaires at the Embassy of Spain, Victoria Garcia, that more emphasis should be placed on Spanish as a second language, to increase the marketability of Jamaican students.

Ms. Garcia was addressing students during the Ministry of Education, Youth and Information Region Four’s biennial Day of Excellence (Dia de Excelencia) Primary School Spanish Competition, which was held at the St. John’s Methodist Church Action Centre in St. James, on May 16.

Mr. Terrelonge said that parents should not underestimate their children’s ability to learn the language, as they are willing and able to learn Spanish.

“I recognise the importance of patois as a dialect and I recognise the importance of English. We are an English speaking country and a patois speaking country as well, but we have to think beyond that. We have to start thinking that we are going to empower more of our young persons by letting them learn a foreign language,” the State Minister said.

Mr. Terrelonge emphasised that it is imperative for persons to learn the language, as it is the most common in the region.

“With Spanish, we will empower our young persons and we will increase their marketability within the region. English is not the most common language in the region, it is Spanish,” the State Minister informed.

“There are over 500 million persons who speak Spanish in the region, so you can imagine the opportunities for trade, scholarships and work,” he added.

Mr. Terrelonge said the Ministry has been in discussions with officials from Spain and Cuba and that the Government is working on a policy to address the Spanish curriculum.

“We have also had interactions, with the help of the Spanish government, with the Cervantes Institute in Spain and they have brought persons down who have done training programmes with our teachers as well,” he noted.

The State Minister said the Government is also seeking to get more educators from Cuba through the ongoing cooperation agreement, under which teachers from Cuba have been assisting the Ministry.

The State Minister pointed out that the Government aims to have more Spanish teachers in primary schools by September 2020.

Up to August last year, 369 Cuban teachers had been recruited under the agreement, which was signed in 1997.

CAPTION: Minister of State in the Ministry of Education, Youth and Information, Hon. Alando Terrelonge, addresses teachers at  a function at the Hilton Rose Hall Resort and Spa, in St. James, recently.