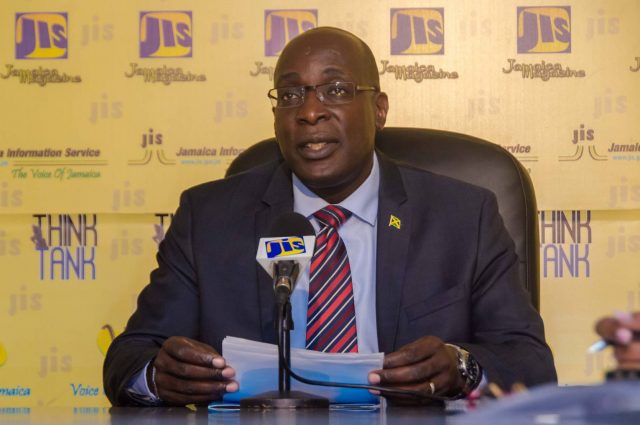 This follows passage of relevant legislation in Parliament earlier this year to grant the institution university status and to confer degrees, awards, certificates, diplomas and other academic distinctions.

The Charter Day ceremony, which will be open to the public, will get under way at 3:00 pm, ending at approximately 10:00 pm with fireworks and a logo burn that will be visible across the capital city.

More than 5,000 persons are expected to attend, including several regional heads of state and other officials from around the world.

Among the guests will be the university’s first Chancellor, His Royal Majesty King Drolor Bosso Adamtey I, king of one of the largest tribes in Ghana.

Included in the Charter Day activities will be the installation of a president and a deputy president.

Speaking at a JIS Think Tank on Tuesday (September 19), Minister of Education, Youth and Information, Senator the Hon. Ruel Reid, said with university status, the governance structure of the institution will change.

“There is a transition policy as enshrined in the (Caribbean Maritime University) Act, so we are moving from a Board to a council and from an executive director to a president. The current Board becomes the council and the existing executive director, unless otherwise so determined, will now become the first president of the new university,” he explained.

Senator Reid, in hailing the growth as “remarkable”, noted that according university status is a natural step as the institution establishes itself as a leader in its class.

“I don’t think we’ve had another tertiary institution that has grown as exponentially as CMI, but it’s exciting for all of us. This is another layer of the growth prospects that we seek in Jamaica. We are making the connections with education, training and industry, and this is a massive part of our armoury in transforming the Jamaican education and economic landscape,” he pointed out.

The Minister noted further that the granting of university status will, among other things, allow for the CMI to access global grant funding from various agencies and entities worldwide, which will enable the institution to better administer its functions and perform its role as a national economic driver through education, training and certification.

The CMI continues to make a significant contribution to the Jamaican economy by bridging the employment gap, with approximately 85 per cent of CMI graduates being placed in jobs within six months of graduation.

The Palisadoes-based institution is the only international entity approved for maritime training in Jamaica, with 80 per cent of the teaching/support personnel and 50 per cent of the board of directors drawn from organisations within the industry.