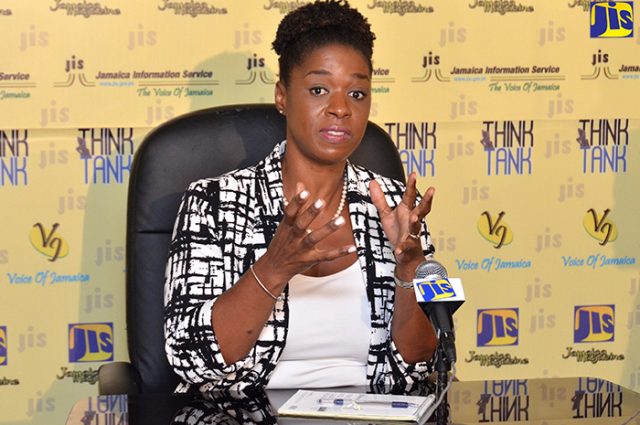 JIS: The Ministry of Education, Youth and Information will be implementing its mathematics pilot project for parents in November.

The US$500,000 initiative, which will involve some 1,800 families in Clarendon, is aimed at helping parents develop competence in math in order to better support their children’s learning in the subject area.

It will target parents of children in grades one and two, who are beneficiaries of the Programme of Advancement Through Health and Education (PATH).

The nine-month mathematics project, slated to end in July 2017, will be implemented by consultants from Southern Methodist University in Texas, Professor Dr. Leanne Caterlin Geller and Researcher Josh Geller, in collaboration with local mathematics experts.

The training will involve group coaching and workshops.

Addressing a JIS Think Tank on September 27, National Mathematics Coordinator in the Ministry, Dr. Tamika Benjamin, said that the aim of the project is to improve student outcome in mathematics.

She noted that “children who have parental support in the learning of mathematics will do better than those who don’t”.

Dr. Benjamin said the Ministry has been working assiduously over the past four to five years to improve the teaching and learning of mathematics in Jamaica.

She said that “much of the fear and dislike for the subject is learnt, with persons saying that it is hard”.

“We believe if we can change the dialogue that takes place between parent and child from very early, as they are beginning to formally develop their mathematical skills and competencies, we are more likely to have a lasting impact on the parent as well as the child,” she pointed out.

Dr. Benjamin told JIS News that the project will provide the Ministry with data that could inform decisions regarding programmes to be implemented by the Ministry.

The mathematics pilot is being undertaken through support from the Inter-American Development Bank (IDB) and the Japanese High Commission.

It is part of a two-year project, which involved a feasibility study undertaken in St. Elizabeth in 2015.

CAPTION: National Mathematics Coordinator in the Ministry of Education, Youth and Information, Dr. Tamika Benjamin, provides details about the mathematics pilot project for parents to be implemented in November, during a JIS Think Tank on September 27.

Send Us A Message Stop By The Office OFFICE HOURSMondays to Thursdays: 8:30 a.m. – 5:00 p.m.Fridays: 8:30 a.m. – 4:00 p.m.Saturdays and Sundays (Weekends), and Public Holidays: ClosedLOCATIONThe Ministry of Education and Youth's main office is located in Kingston,...
read more