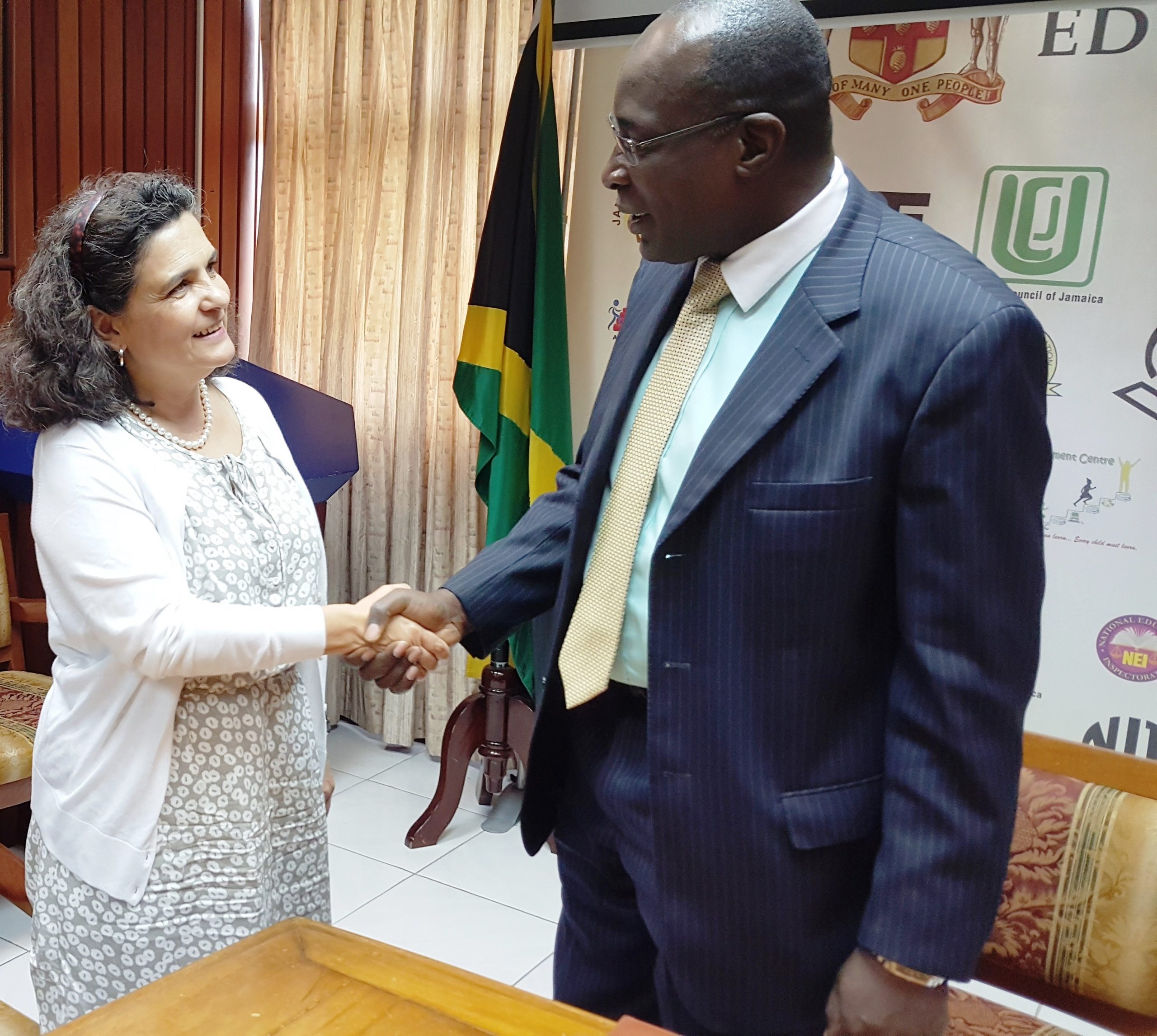 Her Excellence, Cecelia Jaber, Mexican Ambassador to Jamaica paid a courtesy call on Senator, the Hon  Ruel Reid, Minister of Education, Youth and Information on Monday (April 11, 2016). They discussed the strengthening of cooperation in the area of education. Mexico already issues a yearly call for tertiary education lecturers to spend time teaching in that country. The discussions on Monday sought to expand this cooperation to include teachers in the primary school system being trained in Mexico to teach Spanish. Minister Reid and Ambassador Jaber agreed to explore the establishment by Mexico of a resource centre for teachers of Spanish in Jamaica.

In addition, Minister Reid and Ambassador Jaber exchanged briefs on the 8th Meeting of the Jamaica/Mexico Bi-national Commission scheduled to take place 17-18 May 2016 in Mexico City. The Ministry submitted two proposals on behalf of the Edna Manley College this year. They are: Production of a contemporary Mexican play as a methodology for discovery of Mexican culture; and Workshops/Exploring Natural Dyes: Sustainable Entrepreneurial Development

The Budget Unit coordinates the preparation and management of the Recurrent Budget.  It proposes all the supplementary costing consequent on re-grading, reclassification and reorganization for Teachers, Administrative, Executive, Clerical, Ancillary and Accounting staff throughout the Ministry of Education and its...
read more