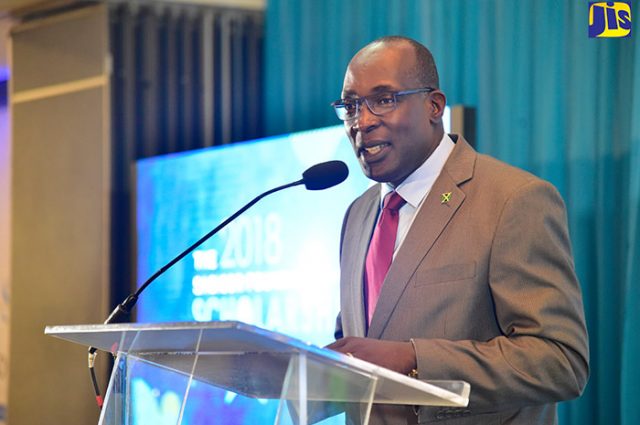 The PEP, which is scheduled to begin in the September 2018/19 academic year, will replace the Grade Six Achievement Test (GSAT) as the national secondary school entrance test. It is intended to provide a better and more complete profile of students’ academic and critical-thinking capabilities at the end of primary-level education.

Addressing the 2018 Sagicor Foundation Scholarship awardees on Thursday (August 23) at The Jamaica Pegasus hotel, in New Kingston, the Minister explained that PEP “is a new methodology and a better methodology, because what we are trying to do is reach everybody.”

“We want to break down barriers, so we have to cater to the different learning styles. The education system has to be flexible and agile. Some persons learn in abstract ways, some persons are visual, auditory and kinaesthetic, so it is an inclusive system. I don’t want anyone left behind, so we have to create an education system that takes everybody on board,” he emphasised.

The Minister noted that the new system is a better way for children to learn and apply concepts.

“When you begin to understand the concepts, you become far more creative and you will become the next engineer, the next architect, because you are creating, designing and applying the knowledge and the concepts you have learned to solve problems,” he argued.

This year, the Sagicor Foundation awarded 75 secondary and tertiary students with scholarships. The scholarships will cover the cost of tuition books and other related school supplies.

Meanwhile, Sagicor Foundation Chairman, Dr. the Hon. R. Danny Williams, commended the awardees for the attitude and values they displayed throughout the scholarship process.

“Being granted a scholarship is not something to take lightly… you are among the best and it is an achievement of which you should be very proud. Being a member of the selection committee, we were all impressed by the fact that you all exuded a sense of national pride and are eager to give back to your country and are looking forward to when you will be leaders of the country,” he said.

The number of scholarships awarded to students who completed the Grade Six Achievement Test (GSAT) this year and have successfully matriculated to secondary school has increased from 37 last year to 50 this year.

In the GSAT category, 27 children of JDF employees were awarded with academic grants valued at $40,000 for this school year, while the other 23 GSAT awardees received full scholarships valued at $50,000 each annually for their five years at secondary school. The full scholarships are renewed per annum on the condition that the awardees maintain an average of 80 per cent and above.

For the tertiary scholarships, 25 students were selected based on academic performance, community involvement and voluntarism, strong leadership potential and financial need.

Each awardee received a renewable scholarship valued at up to $250,000 towards tuition fees for a maximum of four years.

The tertiary scholars will be pursuing their first degrees in various fields of study at The University of the West Indies (UWI), University of Technology (UTech), The Mico University College,