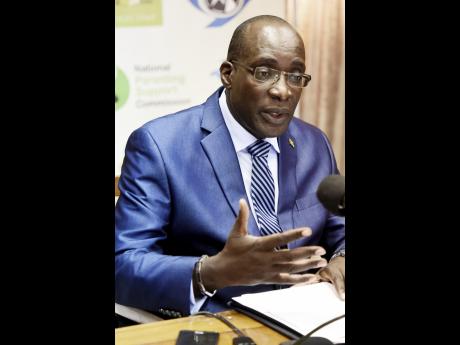 THE GLEANER: Education Minister Senator Ruel Reid has said that, from a policy standpoint, zoning of secondary schools was inevitable and should begin to take shape within another 10 years.

Speaking yesterday at a press conference to announce student performance in the 2018 sitting of the Grade Six Achievement Test (GSAT), the results of which will be available to schools online and at regional offices tomorrow, Reid said that zoning would have to be preceded by taking the remaining 21 high schools off the shift system and completing the construction of 17 new high schools.

“We actually now have more than adequate capacity at the early childhood and primary level. But at the secondary level, we need to close that gap, and once we close that gap, we can better rationalise how we do placement,” said Reid. “So, I want to signal, by policy, that zoning is inevitable,” he added.

The proposed zoning system would see students being mandated to attend secondary schools within a particular geographic region, usually within proximity of their residence.

Meanwhile, Reid reported that the education ministry would place 100 per cent of the 39,510 students who sat the March 2018 GSAT in high schools.

“This is a very good achievement for all of us as a country that has struggled for many years to get all our students placed in high schools,” Reid declared.

He further disclosed that 80 per cent (30,789) of the cohort was placed in one of their preferred schools with another 17 per cent (6,524) in schools that are in proximity to the institutions they currently attend.

The remaining three per cent (1,438) were placed manually in high schools in proximity to the address they submitted.

Reid reiterated that come next year, GSAT will be replaced by the Primary Exit Profile, making this year’s students the last cohort to sit the exam.

CAPTION: Education Minister Ruel Reid addressed a press briefing yesterday on performances in the most recent Grade Six Achievement Test, the results of which will be made available to schools online at 6:00 a.m. tomorrow and later at regional offices by 2:00 p.m.

Welcome to the Ministry of Education’s mathematics web page. This page is designed to provide, parents, teachers and students with information relating to the teaching and learning of mathematics easy access to resources to enhance lesson planning and delivery links...
read more