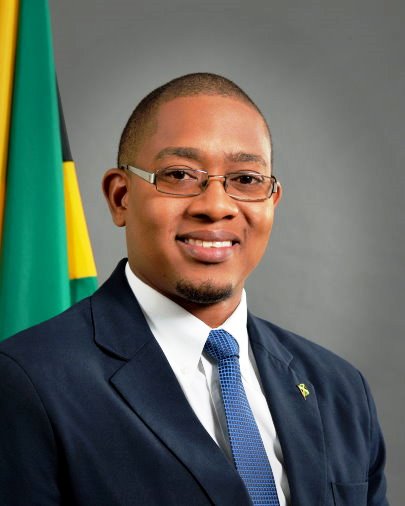 The Ministry of Education, Youth and Information has launched a national public education campaign aimed at solidifying in the minds of the general public that every Jamaican child is our collective responsibility and must be treated as a national asset.

The campaign, entitled ‘OUR CHILDREN JA’, was launched recently by Floyd Green, State Minister in the Ministry of Education, Youth and Information during a national broadcast at the start of Child Month which is being celebrated under the theme, “Healthy Children Build a Stronger Nation”.

In announcing the start of the campaign Minister Green disclosed that in 2014, the Office of the Children’s Registry received 8450 reports of sexual, emotional and physical abuse combined with 5818 cases of neglect. This was a 10-per cent increase from the preceding year.

Noting that there were still a high percentage of unreported cases, Green Minister said the “prevailing culture of silence must be broken” and that the society must begin to fundamentally look at evolving the culture of caring for our children.

public awareness campaign. Through this campaign Minister Green will seek to invigorate and energise the message of Child Month and to publicise child-related activities during this month and beyond.  He will host a Twitter Town Hall forum and chat on May 19.

The campaign will run initially for three years and includes the sustained use of outdoor advertising and mainstream media to keep the message at the fore front of public consciousness, as well as the creation of an annual song by a recording artiste.  In addition, media and entertainment personalities will be utilised to voice support for the campaign.

“We want to provide all Jamaicans, with knowledge on the best practices and principles of taking a holistic approach, to the raising and wellbeing of our children,” Minister Green noted.

He said with this campaign, the Ministry intends to usher in a new era of public-private sector collaboration and broadly spread messages that can improve citizens knowledge about the education, health, protection and parenting of children, while encouraging that “it takes a village” to raise a child.