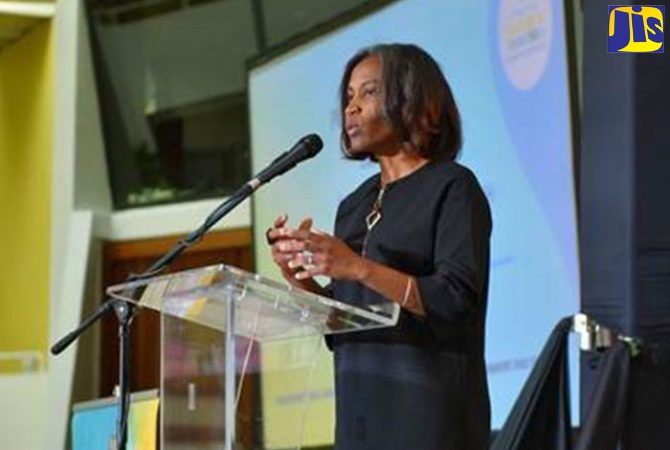 JIS: Senior Director in the Ministry of Culture, Gender, Entertainment and Sport, Gillian Wilkinson-McDaniel, is pointing to the need for greater inclusion of youth and technology in the development of the creative and cultural industries.

“I want to challenge us to involve youth more when we are thinking about culture. Our children are creating apps and entertainment platforms, and this should be included in our normal operations and used to change cities,” she said, while addressing the Eighth Biennial Jamaica Diaspora Conference at the Jamaica Conference Centre, downtown Kingston, on Wednesday (June 19).

Mrs. Wilkinson-McDaniel noted that the creative industries are the outgrowth of the country’s rich and diverse heritage, and technology has increased the ways in which the culture is shared.

She noted, for example, that video games have become a popular way for young people in the diaspora to learn about the Jamaican culture.

“As technology disrupts everything we do, including our business practices, our interactions and even politics, we see that there will be a greater need for its inclusion in sports, music, the arts and culture,” she pointed out.

“As purveyors of culture, we now need to translate [cultural] information in a way that our children, grandchildren and generations to come will begin to understand what the Jamaican culture is about,” she added, noting that this will also help to bridge the gap between Jamaica and the rest of the world.

Meanwhile, Youth Leader, Diaspora Advisory Board, Tanesha Westcarr, noted that young people in the diaspora are making an impact in the arts and sports and want to contribute to national development.

“If we are to engage them, we have to create pathways so that they stay interested in areas that they are passionate about,” she said.

Ms. Westcarr commended the cultural bodies that have included the youth in their discussions and said she is looking forward to the Government endorsing the Jamaica Diaspora Youth Council framework.

The Ministry of Foreign Affairs and Foreign Trade is expected to approve a proposal for establishment of the Council, which is aimed at promoting cultural connectivity, business and entrepreneurship among Jamaican youth.

It is expected to generate greater inclusion of youth in the development of creative and cultural industries.