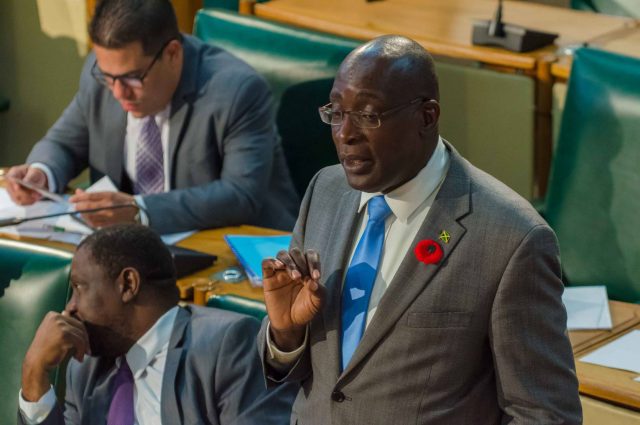 JIS: The Ministry of Education, Youth and Information has announced improvements in the results for this year’s Grade Four Literacy and Numeracy tests.

Speaking at today’s (October 6) sitting of the Senate, Portfolio Minister, Senator the Hon. Ruel Reid, informed that 84.6 per cent of all the candidates who sat the Grade Four Literacy Test received a level of mastery, while 66.9 per cent of students received mastery level in the Numeracy Test.

“Of the total number of students who achieved mastery in the Literacy Test, 78.5 per cent were males and 90.8 per cent were females. In terms of non-mastery, more males achieved this level than females (2.1 per cent difference),” he said.

He said that students’ performance in two of the three subtests –Reading, Comprehension and Writing Task – had an increase in the percentage of students mastering when compared to the 2016 academic year.

“These two areas saw an increase of two per cent and 6.4 per cent respectively. Students’ performance in Word Recognition decreased marginally by 1.1 per cent when compared to 2016. The subtest that had the lowest mastery rate among the students who sat the Grade Four Literacy Examination in 2017 was the Writing Task (88.3 per cent). This was also the case in the 2016 sitting of the same test,” he said.

“The data show that mastery of Numeracy from 2014 to 2017 has fluctuated over the period. However, an increase was seen between 2016 and 2017. The change in mastery of Numeracy in 2017 of 7.1 percentage points above the previous year’s average, is, therefore, significant,” Senator Reid said.

He informed that throughout all six regions, female students outperformed male students in terms of overall attainment of mastery on the numeracy and literacy tests.

“We are pleased with the improved results. We do recognise that there are areas that require greater attention, and we will attend to those weak areas identified. The Grade Four Literacy and Numeracy test results are indicative of the positive trend shown this academic year in other national tests, such as the GSAT and external exams, such as CSEC, CAPE, and City and Guilds,” he said.

CAPTION: Minister of Education, Youth and Information, Senator the Hon. Ruel Reid, emphasises a point while updating the nation on the results of the 2017 Grade Four Literacy and Numeracy tests in the Senate today (October 6).