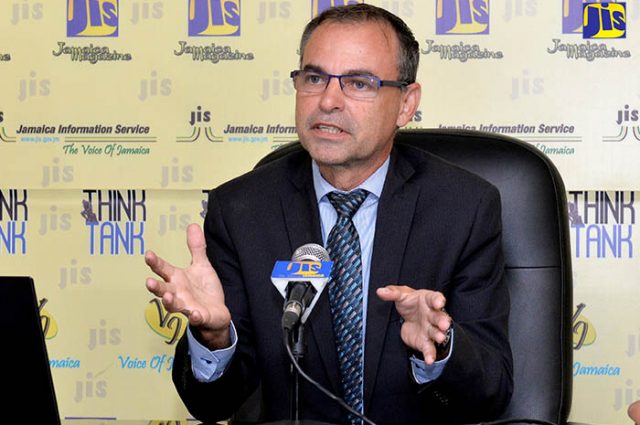 JIS: More than 500 young participants in the Housing, Opportunity, Production and Employment (HOPE) programme are to graduate by the end of June.

Speaking at a JIS ‘Think Tank’ on April 18, National Coordinator of the HOPE programme, Lt. Col. Martin Rickman, said the participants will receive certificates for having successfully completed their training and apprenticeship by the end of the second quarter of this year.

Upon completion, the candidates are assessed for certification by HEART Trust/ NTA, in accordance with the programme guidelines.

The Coordinator further noted that certification carries dual benefits, as the person would have been certified as having served his country as well as being certified in a specific skill area.

“They can then go on to use this certification to secure gainful employment later on, or to start their own business ventures, if they so choose,” noted Lt. Col. Rickman.

According to Lt. Col. Rickman, a system of monitoring is currently being developed as a means of following up with graduates from the programme.

“We want to track their progress for a few years to ensure they continue on the path that they have started,” he said.

Meanwhile, the Coordinator indicated that there are currently 5,000 participants in the programme, and of that number, 2,500 persons are actively engaged in a number of specialised areas across various agencies and departments.

“We have persons placed within organisations such as The National Housing Trust, Accountant General’s Department (AGD), Factories Corporation of Jamaica (FCJ), Urban Development Corporation (UDC), Port Authority of Jamaica, HEART Trust/NTA, the Ministry of Education, among others, and we are hoping to have some take-up within the private sector in short order,” Lt. Col. Rickman said.