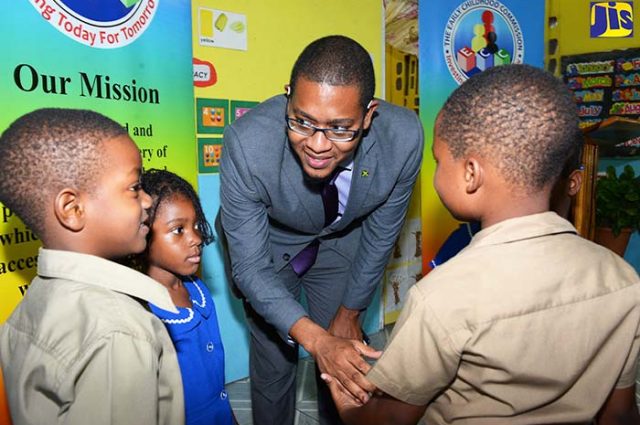 JIS: State Minister in the Education, Youth and Information Ministry, Hon. Floyd Green, has called on Members of Parliament (MPs) to help early-childhood institutions (ECIs) in their constituencies to become certified.

Making his contribution to the 2017/18 Sectoral Debate in the House of Representatives on April 5, Mr. Green said the MPs should channel some of the Constituency Development Fund (CDF) to help in this regard.

Mr. Green further noted that his Ministry is seeking to form partnerships with non-governmental organisations (NGOs), such as the Rotaract and Kiwanis clubs and other private partners, “to come on board on this drive to certification”.

The State Minister also cited the contribution of the One Jamaica Foundation to the St. Margaret’s Bay Basic School in Portland, adding that the Breds Foundation and Crayons Count are also working to have ECIs in the Greater Treasure Beach area certified.

“National Bakery, through their Little Leaders Programme, has (also) committed $70 million towards early-childhood education,” he said

“We are far advanced in discussions with Restaurants of Jamaica, owners and operators of Pizza Hut and KFC, with the hope they will provide financing to ensure that 35 ECIs are provided with a hot and nutritious meal,” the State Minister said.

The Early Childhood Commission (ECC) is seeking to certify approximately 300 basic schools by 2019.

One hundred institutions, with an enrolment of approximately 5,000 children, are being targeted under the initial certification phase, which commenced last September and is scheduled for completion in August 2017.

There are approximately 2,700 early-childhood institutions in operation across the island.

CAPTION: State Minister in the Education, Youth and Information Ministry, Hon. Floyd Green (third left), interacts with (from left): Dammi Hannigan, Dominique Parkes and Drew Stewart of the St. Margaret’s Basic School in Portland on January 26. Occasion was a ceremony organised by the Early Childhood Commission (ECC) to announce the certification of the school.