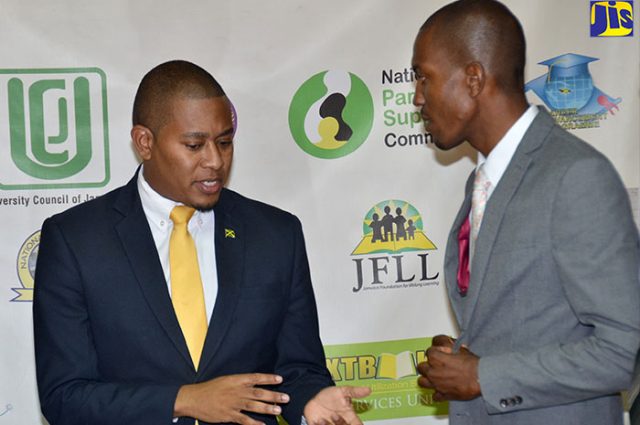 JIS: New categories and features have been added to the Prime Minister’s National Youth Awards for Excellence, which returns this November after a three-year hiatus.

For the first time, awards will be presented for excellence in Innovation, Science and Technology and Environmental Protection.

These are in addition to the traditional areas of Agriculture, Sports, Youth-In-Service, Arts and Culture, Journalism, Entrepreneurship, Academics and Leadership.

Making the announcement at a press conference at the Ministry’s National Heroes Circle offices in Kingston on June 19, State Minister for Education, Youth and Information, Hon. Floyd Green, explained that the new categories were created to “send a clear signal to our young people that those are the areas to embark upon”.

A special Jamaica 55 award has been created for 55 young persons who have demonstrated outstanding and consistent voluntary service at the community level.

The awardees in the Jamaica 55 category will be eligible for project grants from the Ministry to further their community and youth development work.

Mr. Green noted that the decision to reintroduce the PM Awards was to fittingly recognise young people’s critical role in transforming Jamaica.

He is encouraging youths between the ages of 15 and 29, who excel in the various areas, to apply for the awards before the August 31 deadline.

Jerome Cowans, who received the Award for Excellence in Leadership in 2011, said the national recognition has empowered him to continue his work in helping young people in his community. Jerome started a homework programme to help at-risk youngsters.

His has gained recognition for his leadership skills from her Majesty the Queen, former United States President Barack Obama and the Nelson Mandela family.

Introduced in 1998, the Prime Minister’s National Youth Awards for Excellence was created to recognise young Jamaicans who have excelled and contributed to national development in various areas. Since its inception, 165 awards have been conferred.

Nomination forms can be accessed at the Ministry’s website at www.moey.gov.jm, www.youthjamaica.com and at Youth Information Centres islandwide.

CAPTION: State Minister for Education, Youth and Information, Hon. Floyd Green (left) is in discussion with former Prime Minister’s National Youth Awards recipient, Jerome Cowans, at a press conference to announce the return of the awards at the Ministry’s Heroes Circle office in Kingston on June 19