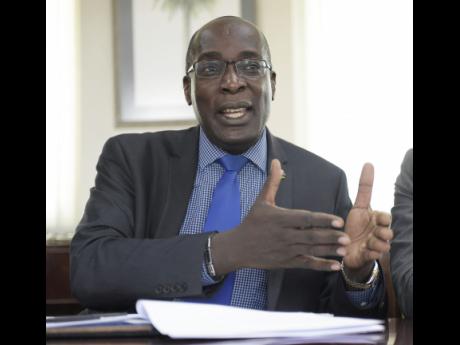 GLEANER: The Ministry of Education, Youth and Information will shortly roll out its policy guidelines on the grooming standards for students as it relates to styling of their hair, uniform, and general deportment, portfolio minister Ruel Reid disclosed yesterday. However, schools will still have the final word in its application.

This is in keeping with a commitment last year and drawing on the recommendations from islandwide consultations with students, parents, teachers, and school board chairmen conducted by the National Council on Education.

“We will provide our full position on that shortly. We are reviewing the recommendations so that we can sign off on the guidelines that we will issue to schools,” Reid told a Gleaner Editors’ Forum at the company’s North Street, Kingston, headquarters.

The final document, however, will not be quite as definitive as anticipated, especially in light of the recent incident at the Vauxhall High School in the Corporate Area, which resulted in three teachers being arrested and charged after they, reportedly, forcibly gave a male student a trim.

The long-overdue grooming policy will still give schools some leeway in making a final determination as to what is fit and proper in terms of hairstyle, accessories, and uniform. It was this latitude that led to the decision by a private preparatory school last year to bar a three-year-old based on his frizzy, Afro-centric hairstyle.

“The Vauxhall and the prep school are the same issue. The schools had no documentation that specified what the standard of the hair should be, but you are policing in the absence of a clear standard, and it becomes very subjective. We have to say to the schools now that we are in an environment now where we need clarity; where rules have to be very clear and specific, and the sanctions also have to be specified, which is also consistent with the regulations,” Reid declared, adding that the ministry would still need to offer guidance to educators.

He added, “If the law doesn’t specify, you can’t interpret that the law allows you to implement certain sanctions. So we also are going to guide the schools as to what is permissible under the law. The overwhelming position, I would say, is that the ministry should not prescribe what the hairstyles, or even the standards, should be, but give a framework, and the schools would be allowed, through the normal process with their boards, to sign off on what the standard is. Standard of grooming means standard of your hair, uniform, etc.

“What we are likely to say is that within the law and the Constitution, you’ll be mindful that whatever you do is non-discriminatory; that you can’t discriminate; that there has to be access; that the person can’t be barred without due process.”

Reid further said: “All I’m saying is that we are not going to say that the length of your hair must be X, Y, Z. The ministry is not going to say that. The ministry is going to give guidelines that you must go through a process that is legal and constitutional, and each school will have the flexibility to make the determination as to what the height of your hair should be, with due consultation with the parents, which is the general recommendation.

“However, once it has been so established, it becomes the rule of the school, and the sanctions are to be also explicit. Indeed, you are to be very clear … even providing graphical representation as to what the hairstyle is to be.”