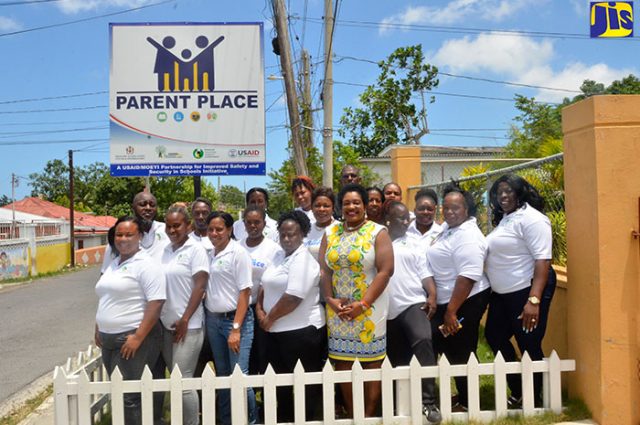 JIS: Equipping parents with effective parenting skills is believed to be a powerful strategy to help keep children on the right path, and the National Parenting Support Commission (NPSC), has been making strides in accomplishing that goal.

Chief Executive Officer (CEO) of the Commission, an agency of the Ministry of Education, Youth and Information, Kaysia Kerr, says its mandate is to offer proactive and reactive parenting education and support.

Proactive education speaks to the reception of knowledge prior to the consideration of conceiving a child, whilst reactive education delves into the determinants of effective parenting by offering psychosocial support and education.

To achieve this, the NPSC’s machinery has been mobilised in eastern parishes, working in homes, schools, communities and with other government agencies to promote good parenting practices, and crafting intervention measures for parents who have been struggling with child-rearing.

Ms. Kerr tells JIS News that the Commission’s policies and programmes have reached over 10,000 parents, with efforts being made to expand its reach.

As such, the NPSC has now turned its attention to western Jamaica, with aggressive work already being done in Mount Salem, St. James (Zone of Special Operations), through parent mentorship and the establishment of a Parent Place at Emmanuel Chapel.

The Parent Place thrust forms part of the USAID/Ministry of Education’s partnership for Improved Safety and Security in Schools, which is intended to reduce antisocial behaviour among youth and reduce the ability of criminal elements gaining access to school premises.

“We have been working primarily in the Zone of Special Operations in St James, and this was deliberate, because the Social Development Commission’s findings said that it was poor parenting that was responsible for one of the drivers of crime, and so that is something that we can’t take lightly,” she says.

Parent mentors who have been trained under the NPSC’s Parent Mentorship Programme have been working with parents in Mount Salem who need parenting advice and have been reaping some amount of success.

Mark Rodney from Trench Town (Kingston) is one such parent mentor who has been working in Mount Salem.

For Mr. Rodney, volunteering to work in the community stems from the need for more men to become involved in the lives of their children and the wider society.

A father of four, he says several parents, in particular single mothers, have sought the support of mentors at the Parent Place, and that intervention strategies are offered based on the needs of each parent.

“They are at ease in trying to get remedies for their problems, because we actually do the necessary groundwork, we take their information, we scrutinise them and we see what we can do,” he explains.

“So we really scrutinise the problems and we see what the best avenue is – if it is for referral or we can do what we do best,” Mr. Rodney adds.

Shelby Spaulding is also among the group of parent mentors who traverse the Mount Salem community on foot, extending invitation to parents to utilise the services of the Parent Place.

She tells JIS News that parents have been receptive of their efforts, with some expressing an interest in becoming mentors themselves.

“I walk the community and try to get persons to visit the Parent Place, which they say is a wonderful thing and they want us to come down more, because they see the need for it. Some of them want to become mentors,” she notes.

Ms. Kerr echoes similar sentiments of the need for St James-based mentors, noting that two additional Parent Places will be opened in the parish at the end of September, with 30 persons currently being trained to work in those facilities.

“We are training parents in Montego Bay to be mentors, so that they can give the same kind of support at home and at school and to their communities. What we have been doing is deploying our parent mentors who have been trained in Kingston and St. Andrew, St. Thomas and St. Catherine to Montego Bay, and that is not something we can sustain,” she says.

Ms. Kerr tells JIS News that a Parent Place will also be established in Hanover, with the training of some 45 parent mentors to begin in September.

“We have to do this because if we don’t strengthen the capacity of parents, then the home-school relationship is threatened,” she argues.