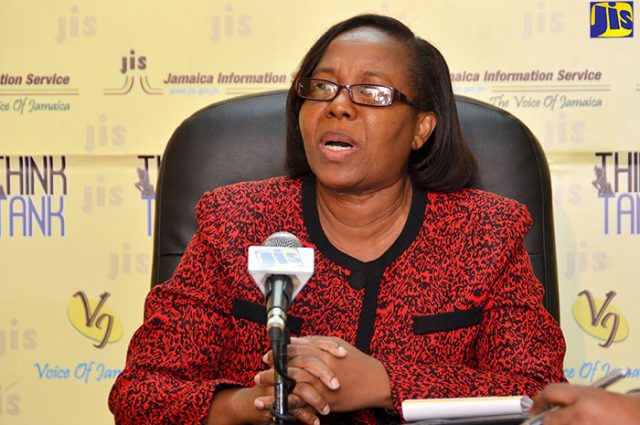 JIS: Commissioner of Corrections, Ina Hunter, is urging parents to be more watchful of their children.

Speaking at a JIS ‘Think Tank’ on February 21, Commissioner Hunter said poor parenting and neglect are two factors that contribute to children being detained at the South Camp Road facility of the Department of Correctional Services.

“It is important that parents know the warning signs that lead to delinquency in children. Many youngsters who come to us are not bad, they just did not get the intervention to prevent them from committing an act that would lead them to the wrong side of the law,” she said.

The Commissioner pointed out that children usually display many telltale signs before deviating from normal behaviour. These include cursing, abusive language, shouting, violent threats when angry, drug or alcohol use, taking weapons to school, decline in academic performance, refusing disciplinary actions, bullying and intimidating peers or younger children, significant mood swings and being unusually silent.

“Parents, you can save them from coming to us. Spend more time assessing the small things, investigate, listen to what is said and what is not said,” Miss Hunter urged.

She also encouraged parents to do constant check-ups at the school and with the parents of the child’s close friends, noting that this could go a far way in preventing a youngster from becoming a ward of the State.

The Commissioner said that in addition to destroying lives and families, delinquency among youth puts tremendous financial burden on society.

Miss Hunter emphasised that if parents assist with preventing misbehavior, this can help to reduce violent crimes.