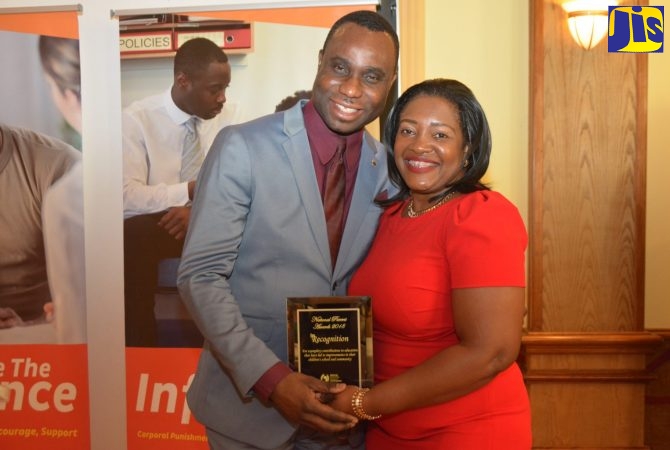 JIS: Permanent Secretary in the Ministry of Education, Youth and Information, Dean-Roy Bernard, is appealing for parents to speak out whenever they see corporal punishment being enforced in schools, as it is no longer an acceptable practice.

“Violence begets violence. All of us, when we see corporal punishment being used in our schools, we should make a sound about it. We have responsibility for our children; don’t beat them,” he said.

He said that corporal punishment has lasting psychological effects on children and should not be practised.

“It destroys the self-confidence of our children. Our foreparents were beaten, and the violence has perpetuated. At some point the cycle must stop. Let us reason with our children,” he advised.

Mr. Bernard further encouraged parents to put aside the long-held notion that children should not be allowed to express opinions or take part in decision-making.

“The belief that children should be seen and not heard – we are throwing that out. We are going to give our children a voice. Let us hear from them, so we can support them,” he underscored.

He reminded parents that parenting does not stop at age 18, as their children will still require love and support even in adulthood.

For her part, Chief Executive Officer of the NPSC, Kaysia Kerr, said that a lot of the antisocial behaviour being displayed in schools by children could be blamed on corporal punishment and verbal abuse in the home.

“We are too aggressive with our children. When you hurl insults at your children that does not help their self-esteem. You cannot be insulting your children; they will believe you,” she noted.

The National Parent Awards Ceremony recognised parents from across the island who contribute to the education sector through parent-teacher associations (PTAs) and other means.

CAPTION: Permanent Secretary in the Ministry of Education, Youth and Information, Dean-Roy Bernard (left) accepts an award from Chief Executive Officer of the National Parenting Support Commission (NPSC) , Kaysia Kerr (right), for his participation and support of the Commission’s programmes and activities during Parent Month in November. The occasion was the NPSC’s National Parent Awards Ceremony, held at Hotel RIU Montego Bay in St. James on Friday (November 30).