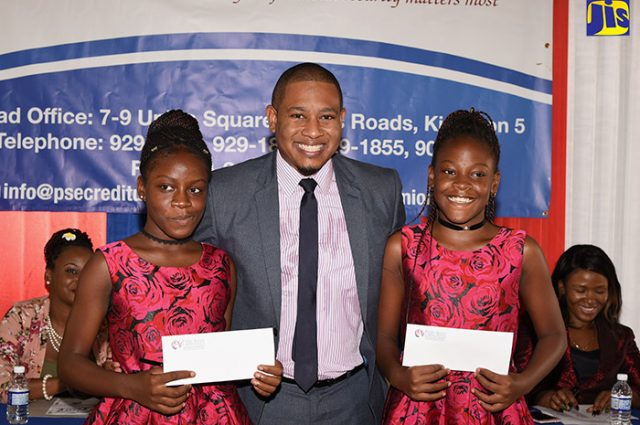 JIS: Minister of State in the Ministry of Education, Youth and Information, Hon. Floyd Green, is urging parents and guardians to start saving early for their children’s tertiary education.

He said saving for tertiary education is an important investment that will enable children to realise their career aspirations in the 21st century job market.

“Secondary school is not enough, the jobs that they used to get when they leave secondary school, by the time they are finished with high school, a lot of (those jobs) don’t exist,” he argued.

The State Minister further stressed the need for parents to be involved in their children’s school life.

“Do you pay attention to what your child is doing in school? Do you ask them about their homework? Do you ensure that it is done?” he questioned.

State Minister Green commended the GSAT award recipients and implored them as they go on to high school, to surround themselves with positive people, who mean them well, find their passion and take pride in themselves.

The entity’s Deputy Chief Executive Officer, Tamara Maxwell-Green, said that since 2004, more than 600 students have benefited from financial assistance valued at $12.6 million.

She congratulated the students on their achievement, adding that the credit union strongly believes in supporting the youth and investing in their education.

“We offer financial literacy programmes to help students and parents get a firm grasp on all the various financial weights that come with education. Our goal is to help you make the right decisions for your children’s future from both a financial and education perspective,” she said.

The credit union’s GSAT awards provide support to members’ children to meet some of the cost of their secondary schooling.

Link to Open Data on Education