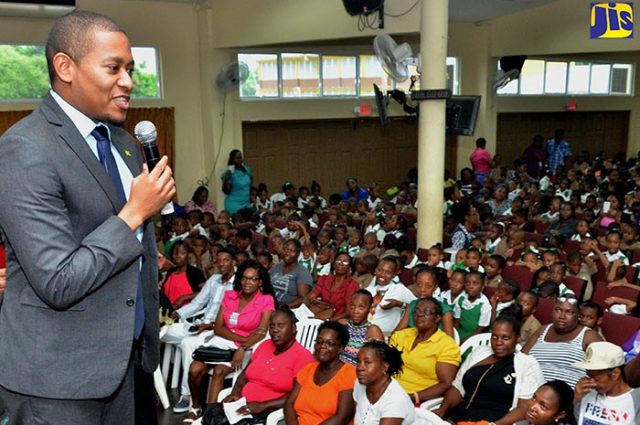 Mr. Green, who was speaking at the Pembroke Hall Primary School Excellence Awards ceremony on June 29 at the school, in Kingston, said that parents play an integral role in the development and success of the child, and implored them to work with teachers to instil discipline and respect in children.

He reiterated the Ministry’s commitment to improve the primary school sector, noting that the Ministry recognises the importance that early childhood institutions play in the foundation of a child’s education.

“If we get it right from early, then we won’t need to spend so much money when they get to high school trying to play catch-up. If they are learning properly from the basic and primary school level, then it will be easier,” he argued.

One major step being taken by the Government to improve the sector is the $1 billion budget allocation to these institutions for the 2017/18 academic year.

This is in line with the Ministry’s commitment to provide greater support to schools to improve the quality of education in Jamaica.

A bulletin issued by the Ministry states that all schools at the infant and primary levels will receive $2,500 per student, up from an average of $850.

Schools will also continue to receive a maintenance grant of $50,000 and janitorial grant of $172,000 per school.

The money will be disbursed in four tranches beginning this month (June).

The second and third tranches will be given in September and December, respectively, and the final tranche will be handed over in April 2018.

Trophies and pins were presented to students of grades one to five in several categories – top student in class, high achievers, attendance and most improved.