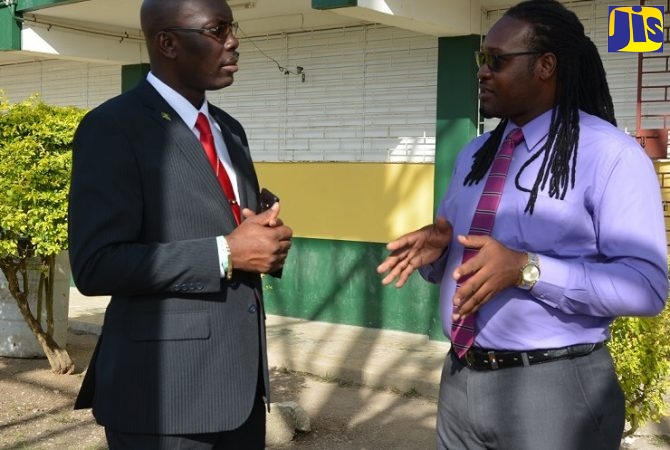 JIS: Dean of Discipline at Petersfield High School in Westmoreland, Junior Clarke, is reporting a significant reduction in violent incidents at the institution, as a result of strategic intervention measures.

In an interview with JIS News, Mr. Clarke said that in 2016, 17 per cent of the school’s population was involved in some form of violent act, but in 2018 that figure was reduced to five per cent.

Mr. Clarke noted that the camp, with the support of parents, played a critical role in improving the conduct of students with behavioural challenges. “So, all the youth who had been suspended or were getting into trouble were mandated to be a part of this [IPAD for life] camp, in which they participated and it was a success,” he added.

“In addition to that, though, we decided that parental involvement had to be more significant, so before it reaches a critical state of a child being suspended or getting into a fight or gang-related activity, we had regular conferences, whether via telephone or in person, as we recognise that it made a major impact on the level of violent incidents that we were seeing,” he said.

Mr. Clarke further noted that an active mentorship programme at the school has also been bearing fruit.

“It is called Most Valuable Person (MVP). So, mentors were chosen from the student population and they act as mentors to younger students and even older students who were at risk. These students were also paired with teachers and even members of the community, who provided support to them,” he said.

Mr. Clarke added that the school administration will continue to take a strategic approach to change the behaviour of at-risk students.

CAPTION: Dean of Discipline at Petersfield High in Westmoreland, Junior Clarke (right), in discussion with former Director of the Safety and Security in Schools Programme, Assistant Superintendent of Police (ASP) Coleridge Minto, during a recent visit to the institution.