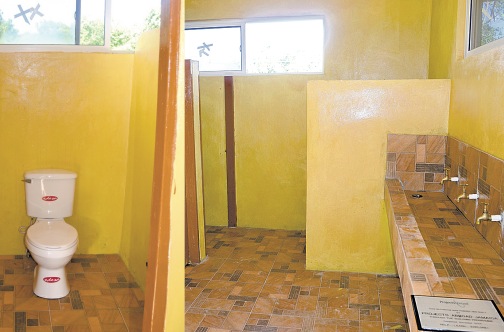 JIS: More schools across the island are to benefit from the construction of 26 sanitation blocks this fiscal year.

A sum of $200 million has been set aside in the 2017/18 Estimates of Expenditure to carry out this activity under the School Sanitation Project.

The project aims to replace pit latrines with flush toilets in order to reduce the contamination of underground water and reduce the spread of diseases caused by faecal matter.

To date, under the project, sanitation blocks have been completed in 59 schools islandwide.

The project was started in January 2012, and, following further extensions, is slated to end in March 2018.

It is being implemented by the Jamaica Social Investment Fund (JSIF), with money provided through the PetroCaribe Development Fund.

The Educational Planning Unit has as its responsibility the provision of quality education for all, through school mapping and micro-planning, and the mobilization of resources (loans and grants) towards the achievement of the goals of the Ministry. The execution of...
read more