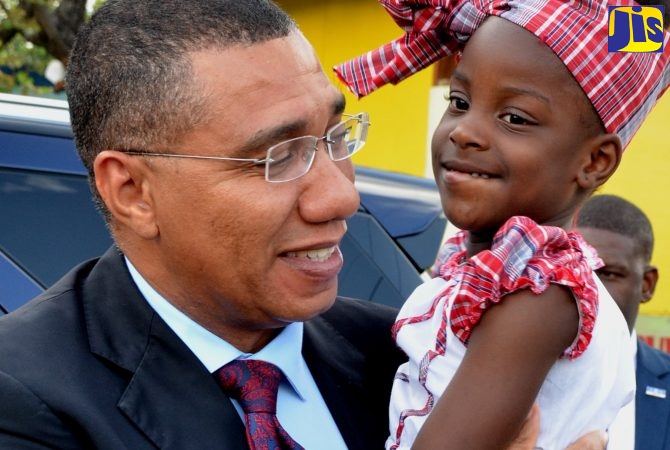 JIS: Prime Minister, the Most Hon. Andrew Holness, has hailed the improvements being undertaken at the Seaward Primary and Junior High School, noting that the institution “is well on its way to becoming one of the best performing primary and infant schools in Jamaica”.

He was addressing a ceremony held at the school grounds in Olympic Way, St. Andrew, on July 25 to officially open a play area as well as honour partners/stakeholders.

The Prime Minister noted that greater focus is being placed on developing the school plant for the benefit of students.

He said that in the past, the institution, which is located in his West Central St. Andrew Constituency, was constantly utilised for community activities.

He noted, however, that with the construction of the Olympic Gardens Civic Centre to facilitate community activities “that gave you some more space… and now you are only focused on developing the school infrastructure”.

“I recognised that if we were going to truly create an institution of learning that would serve the population in this community well, we needed to give the school space to grow and to develop and to allow the students to be able to fully utilise all the assets of the school,” Prime Minister Holness added.

Mr. Holness said he is pleased to see the focus that the principal, chairman and the community have placed on the school.

“It is quite clear that the community is now treating the school in a much different way than it did in the past. There is now a greater respect for the infrastructure of the school and how you use the school utilities, and that is, in my mind, a significant improvement,” he said.

Prime Minister Holness pledged to make donations through the Constituency Development Fund and the Positive Jamaica Foundation towards the school bus donation drive.