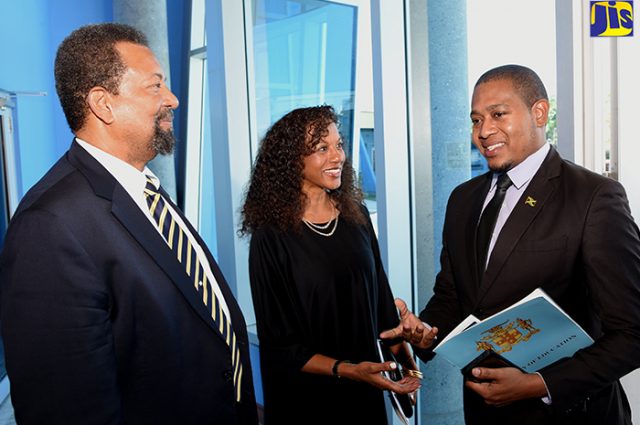 JIS: Prime Minister, the Most Hon. Andrew Holness, has welcomed plans by the University of the Commonwealth Caribbean (UCC) to develop a global academic city on lands at Caymanas Estate in St. Catherine.

“This is a notable step in the right direction, which challenges the very core of how we traditionally see universities, and it solidifies opportunity for innovative enterprise. I am excited by the plans to develop this knowledge city and edu-tourism venture,” Mr. Holness said.

The Prime Minister’s address was delivered by State Minister for Education, Youth and Information, Hon. Floyd Green, at the university’s second annual research conference, held at its New Kingston campus on September 27.

“The possibilities for new businesses and new career opportunities (will) make Jamaica a more attractive venue for off-shore education,” the Prime Minister said.

To be established on approximately 25 acres of land, the new campus will feature the Caribbean’s first Centre of Excellence in Science, Technology, Engineering and Mathematics (STEM).

Meanwhile, addressing the conference in his position as State Minister, Mr. Green urged universities to move “research outside of the halls of a university” and into government policy.

He assured that the Government has an “open door” approach and would use research posited by universities to influence policy.

“Too many of our universities or tertiary institutions do extraordinarily good work; so many of our students are looking at the most critical problems that we face and have come up with solutions, but who knows about it… . Let us feed it into policy,” he said.

“We have already started with two. We have opened one in Westmoreland, and now we have mandatory entrepreneurship classes, and we have mentors to guide the young people to translate business ideas into business plans,” he noted.

The second, which was opened in Spanish Town, St. Catherine, has a different focus, as it is equipped with a music recording studio “to encourage innovation and music in business, because the area is well-known for some of our best acts across the world,” the State Minister said.

Held to showcase the academic achievements of the UCC, the 2018 annual research conference brings together experts in the fields of innovation, entrepreneurship and technology.

This year’s staging includes students from the institution showcasing their entrepreneurial skills and business ideas, with the aim of further enhancing the spirit of entrepreneurship, and cementing the need to excel to the next level of academic achievements.