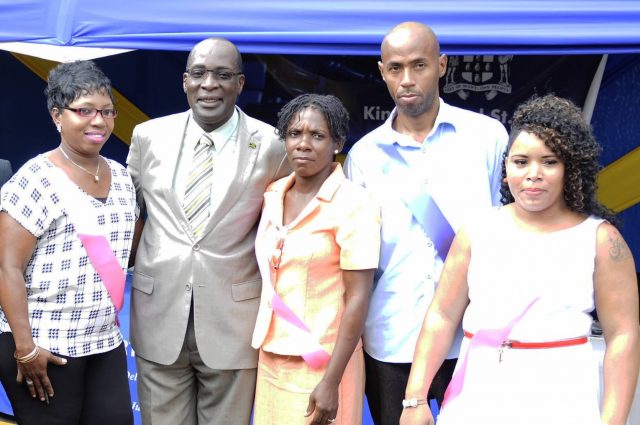 JIS: The Ministry of Education, Youth and Information will be rolling out its revamped National Values and Attitude campaign next year.

The campaign will promote good role models for children in school and the community, appoint values and attitude champions in schools and other organisations, involve parents, and engage the public using traditional and new media.

Speaking at a parents exposition, Friday (December 2), in downtown Kingston, Portfolio Minister, Senator the Hon. Ruel Reid, said the Ministry is keen to re-engage with families at all levels in a respectful and wholesome values and attitude campaign that will underpin parenting.

“Studies in several countries, including Jamaica, have shown that where parents take an active interest in their child’s schoolwork, the child tends to be much better motivated and do much better academically,” he said.

The Minister urged parents to show interest in their children’s work and monitor them, even if their educational achievements are not at the same level as the children’s.

Making a special appeal to fathers, Senator Reid encouraged them to stay involved in their children’s lives at all levels.

“So often when the child is entering basic school or some form of early-childhood institution, fathers get pretty involved, but as the child grows and the demand for time and attention increases, fathers seem to be less involved,” he said, adding that it is at this critical juncture that they require the most attention.

In the meantime, Senator Reid lauded the recipients who participated in and successfully completed Parenting School, noting that they are “turning their lives in a new and better direction”.

The parents who successfully completed the programme were formally recognised during the annual exposition.

The exposition was organised by the Kingston and St. Andrew Family Court, under the theme ‘Become an exceptional parent… stay connected’.

The Parenting School was launched on November 29, 2013 by the Kingston and St. Andrew Family Court. Parents are referred by judges hearing their cases, or by the Court’s counselling centre or partner agencies.

The modules are delivered by duly qualified personnel from the Court’s Social Work Unit and external partners.

Topics covered include understanding the developmental phases of a child, communicating effectively, recognising signs of sexual abuse in children, being an effective parent, stress management, and reproductive health.

CAPTION:Minister of Education, Youth and Information, Senator the Hon. Ruel Reid (second left), with participants in the Kingston and St. Andrew Family Court Parenting School, during a parents exposition, held at 55A Duke Street in downtown Kingston, today (December 2). They are (from left) Anne Blake, Salomie Peterkin-Hall, Errol Hall and Nordia Strachan.

The Ministry of Education, Youth & Information through its Tertiary Unit, is now accepting applications for its Tertiary Student Assistance Programme.  Under this programme, a number of scholarships and grants are available to tertiary level students accepted in universities and...
read more