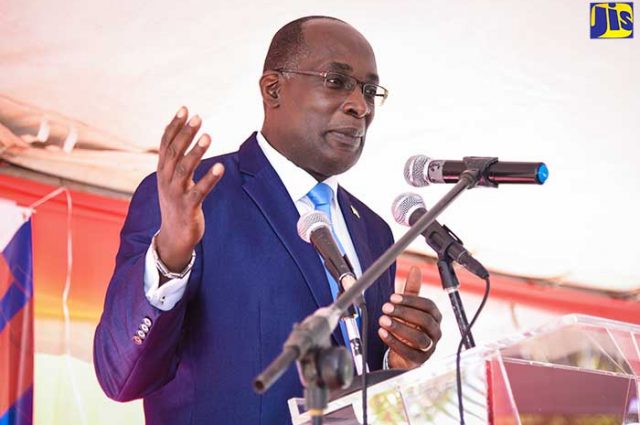 JIS: Minister of Education, Youth and Information, Senator the Hon. Ruel Reid, says a review of tertiary education funding arrangements is being considered to ensure that more students have access to higher learning.

He was speaking at a graduation ceremony for 150 participants of the firefighting training course at the Caribbean Maritime University (CMU), Palisadoes Park, Kingston, on April 25.

The Minister emphasised that the Government is committed to increasing tertiary access.

“I am going to Barbados tomorrow (April 26) to conclude the discussions, because we have to target the University of the West Indies first, as they get the bulk of the resources for tertiary education,” he said.

“What is interesting is that in both Barbados and Trinidad, persons at the lower socio-economic quintile get full scholarships. Jamaica is the only one where the poorest of the poor still have to pay tuition fees, so we intend to renegotiate those arrangements,” the Minister added.

He said priority will be given to areas focusing on science, technology, engineering and maths (STEM) and technical and vocational education and training (TVET), as well as skill sets that are necessary for the modernisation of the economy.

“Whether they are from Kingston or from Upper St. Andrew; wherever they are and they are deemed to be poor (and) need State assistance… you can rest assured that if you fit that profile, this

Administration will reach out to you and ensure that everything is done to ensure that you have access to a university education,” he added.

Meanwhile, he said the Government is streamlining the education sector to ensure that students are adequately trained for the 21st century labour market.

“What we are doing in this particular structure is that you have your basic education up to grade 11, and then we give you option for specialisation. Based on your career interest, you can begin the early phase, level one and level two in the Career Advancement Programme [CAP],” he said.

He added that the CAP “is going to be the modality for the entire education system as of 2018, so the 171 high schools will be part of the overall CAP”.

The introductory firefighting course was made possible through the donation of emergency vehicles, including three fire trucks from the Government of Japan and sponsorship from the CMU. It was offered without charge to a wide cross section of volunteers, based on the need for firefighting skills in many organisations and communities.

The graduates will form part of the voluntary firefighting reserve that will be managed through the Project for the Improvement of Ambulance and Fire Trucks of Emergency Response in Port Royal and its environs.