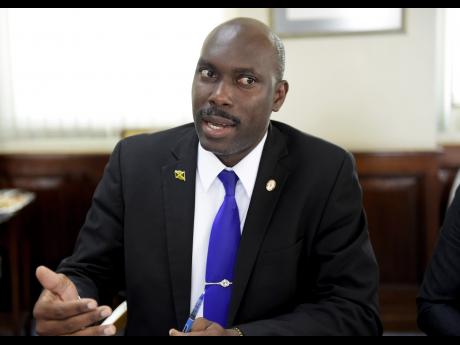 GLEANER: Director of the Safety and Security Programme in the Ministry of Education, Assistant Superintendent Coleridge Minto, is confident that Jamaica has the systems in place to deal with most emergencies in the nation’s schools.

With security at Jamaican educational institutions again in the spotlight following the latest school shooting in the United States and the voice note threat from a student at the Corporate Area-based at Wolmer’s Boys’ School, Minto underscored that Jamaica is ready for the possibilities.

“The ministry has what is called a Critical Incident Management Plan. Within this plan are a number of components which speak to the various types of incidents – from stabbing, shooting, disaster, some form of disturbance in schools.

“And so we are doing some reviews in terms of our plans, looking at whether or not we need additional training of some of our critical persons in the schools,” said Minto

“If something happens, there is not a panic mode that everybody goes into, but persons know what they are to do and how they are to respond in the various type of incidents,” said Minto.

He said the Critical Incident Management Plan has been tested in instances such as the 2017 emergency at the Glendevon Primary in St James, where gunmen were running through the school, shooting at each other.

“They managed that incident well, they kept all the students and the staff safe. For more than 30 minutes, they contained them and they waited until they got clearance from the Jamaica Constabulary Force before they allowed the parents to come in and remove the children safely and not one person was hurt in the school, although bullets were being traded in the proximity, so it does work.

“What we saw at Glendevon is what we would want to replicate in almost all schools where there’s an active Safety and Security Committee and an active Critical Incident Management Team in place,” said Minto.

CAPTION: Director of the Safety and Security Programme in the Ministry of Education, Assistant Superintendent Coleridge Minto