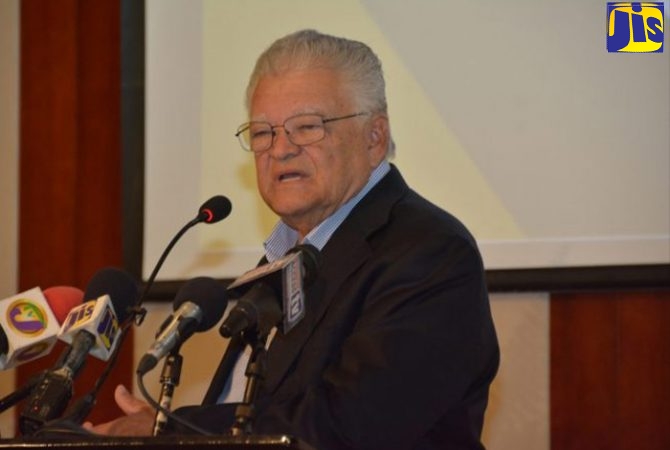 JIS: Minister with responsibility for Education, Youth and Information, Hon. Karl Samuda, says Education Officers have a very important role to play if students and teachers are to give of their best and perform at an optimum level.

Mr. Samuda, who was speaking at the Jamaica Association of Education Officers meeting at the Iberostar Hotel in Lilliput, St. James, on August 21, said it is to this end why he is charging all Education Officers to be more vigilant and hands-on when they pay inspection visits to schools, so as to “give us an accurate assessment” as to the performers and the non-performers.

“You are our eyes and ears on the ground. We are not telling you to drive any fear in anyone, but there has to be some level of anxiety whenever it is known that an education officer is visiting a school for inspection. That is the only way we can ensure best practices and accountability,” he said.

Mr. Samuda also argued that students too will benefit from being a part of a well-run school, noting that there is empirical evidence to show that institutions that have proper systems of checks and balances tend to do better than those with the ad hoc make it up as-you-go-along type of approach.

The Minister said it is clear that for Jamaica to have the type of high quality education system that everyone seeks, then all hands must be on deck.

He said that while there will always be differences, the answer cannot be where those who are charged with building minds, so as to secure the nation’s future, “are going in different directions.”

“I want us to have regular meetings and go through your reports together,” the Minister told Officers.

“In that way we can recognise the problems from early and fix what we need to fix. We can’t just be pumping money into things that are not working. We have a duty to the people of the country that they are indeed getting value for their hard-earned money,” he said.

Mr. Samuda said the Ministry will continue to engage all stakeholders into decision- making, acknowledging that everyone has to be made to feel that they are a part of the process and that their inputs will be taken into consideration.

The Minister added that he has never wavered from the belief that Jamaican students are among the best in the world and that educators continue to go above and beyond the call of duty to ensure that remains a top priority.

“For our students to evolve into successful stories on the global stage, we have to lay that foundation here at home…give them that quality start,” Mr. Samuda emphasised.

The Independent Schools Unit has as its responsibility the registration and regulation of independent or private schools to ensure that they operate within the guidelines established by the Government. The unit advises private school managers how to effectively operate and...
read more