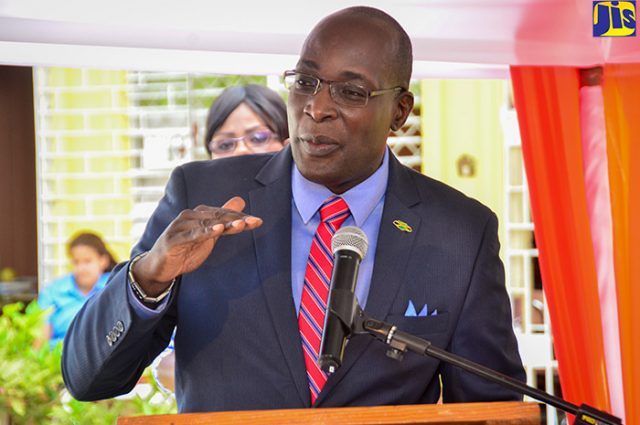 JIS: Work is under way to retrofit all primary and secondary schools across the island with lifts and ramps to improve access by persons with disabilities.

The initiative is being undertaken at a cost of $50 million by the Ministry of Education, Youth and Information in collaboration with the Digicel Foundation.

“It is in the budget for the next five years,” said portfolio Minister, Senator the Hon. Ruel Reid.

“The allocation will make sure that within the next five years, every single public education institution will have either lifts or ramps, so that our children with physical disabilities will have access to these institutions,” he added.

He was speaking during the launch of the Abilities Foundation Beauty Services Unit on November 28 at the entity’s Constant Spring Road address in Kingston.

Senator Reid reiterated the Government’s commitment to supporting State-owned and -aided special education schools and units across the island, in keeping with its mandate to strengthen services to children with special needs.

He called on mainstream schools to develop structures and practices that would allow them to respond fully to a diverse student population.

Senator Reid said emphasis is also being placed on integrating the special needs community into the Government’s thrust to develop a national information and communications technology (ICT) infrastructure.

“We have been exploring how best to integrate persons with disabilities into a system that is increasingly dependent on ICT. Children with disabilities don’t all go to institutions specially designed for them. Sometimes, those with challenges are very much part of the general population, and we have to expand avenues of access for them as well,” he said.