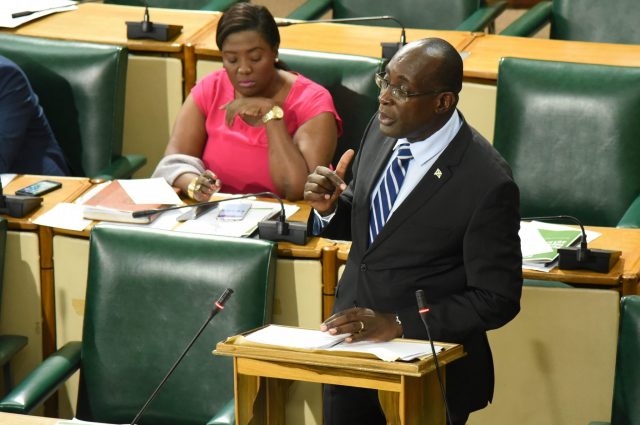 The Bill seeks to enable the implementation of child-diversion measures in dealing with children who come into conflict with the law.

Minister of Education, Youth and Information, Senator the Hon. Ruel Reid, in opening the debate explained that child diversion is a process of implementing measures for dealing with children who are alleged, accused or recognised to have infringed the penal law, without resorting to the formal judicial proceedings.

He said in most cases, diversion of children provides greater benefit to the offender, the victim, and the society than the formal criminal justice process.

“Let me hasten to point out that diversion is not intended to make child offenders less accountable or less responsible for their actions; instead, it is intended to provide them with an opportunity to rethink their lives without getting a criminal record and without the harmful effects of the criminal justice system,” he explained.

Senator Reid added that the challenges faced by children in conflict with the law in Jamaica has brought into sharp focus the necessity for legislation that recognises and upholds the basic human rights of children who face the prospect of being deprived of their liberty.

He pointed out that as a party to the United Nations Convention on the Rights of the Child, Jamaica has a duty to put measures in place to deal with children who are accused of breaking the law, as they have the right to legal help and fair treatment in the justice system.

“Gone are the days when we ignore a child’s circumstances and focus only on the wrong that he or she did,” Senator Reid said.

He noted that research indicates that factors contributing to the number of children before the court include lack of adequate parental guidance, mental health issues and poverty.

“It has also been reported that a large number of children in State care are suffering from mental-health or substance-abuse issues. It is, therefore, crucial that solutions are implemented to address the issues impacting these children and a holistic approach be taken towards addressing the underlying factors,” he said.

A National Child Diversion Policy was tabled in 2015 after consultation with all major stakeholders in Government, civil society and non-governmental organisations. Through this policy, a formal framework was established for dealing with children in conflict with the law throughout the criminal justice system and sought to ensure that detention of a child offender as punishment for antisocial behaviour was a measure of last resort.

One key objective of the policy was to develop the mechanism to not only divert children who come into conflict with the law, but also to empower them to become responsible and productive citizens through the use of methodologies that are consistent with restorative-justice practices.

The main objectives of the Bill are ensuring that every child in conflict with the law is treated in a manner that recognises and upholds human dignity and worth; diverting the child away from engaging in deviant and delinquent behaviours; and instilling in the child respect for the fundamental rights and freedoms of others.

The Bill was passed in the House of Representatives on May 9, 2018. Debate on the Bill will continue at the next sitting of the Senate.