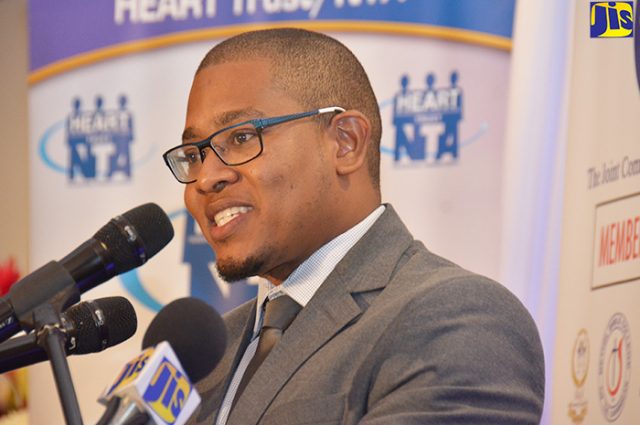 JIS: Minister of State in the Ministry of Education, Youth and Information, Hon. Floyd Green, says progress is being made in making it easier for persons to adopt children in state care.

This is even as the Government looks to amend the law to improve the adoption processes and procedures.

Mr. Green informed that in January seven children were able to leave state care to live with new parents. He said that some 50 children have been identified for adoption.

“We have been making significant strides in adoption. We have put in a new Adoption Board and I am very pleased by the reports that we have been having,” he said.

The State Minister was addressing a recent press conference held at the offices of the Overseas Examination Commission in St. Andrew.

Persons have complained that the adoption process takes too long. The State Minister noted that part of the challenge has been getting consent from the parents of children for them to be put up for adoption.

He said that many parents refuse to confirm their interest in the children and there are persons, who are desirous of taking them into their homes.

“The Government will be taking a firm stance; if we have children in our care and people are willing to take care of those children then ways must be found to expedite the process,” Mr. Green pointed out.

Turning to other matters, he informed that over 12,000 books will be distributed under the ‘Break the Silence’ campaign being spearheaded by the Office of the Children’s Registry (OCR).

The books contain information to assist persons to identify, respond to and report child abuse.

As it relates to the Youth Parliament, which was re-convened in January, the State Minister informed that the Ministry is looking to act on some of the issues raised in the presentations.