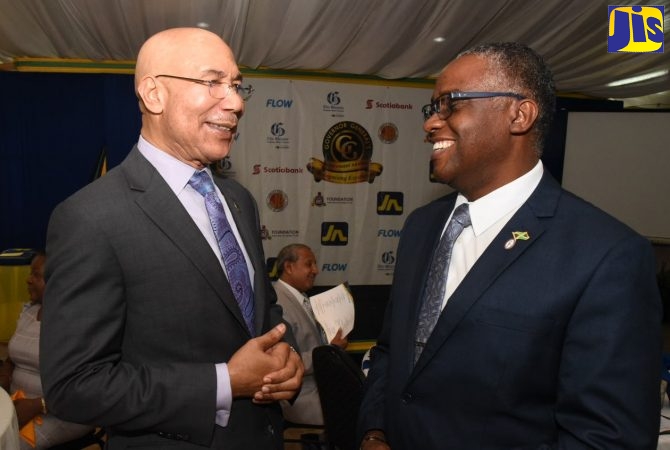 She is one of two citizens of Manchester who have been recognized, the other being Dr. Grace Kelly.

Ms. Clarke and her co-recipients were presented with their awards by Governor-General, His Excellency, the Most Hon. Sir Patrick Allen, during a ceremony at the Wembley Centre of Excellence in Hayes, Clarendon, on June 27.

The event was held under the theme – ‘Engaging, Empowering and Inspiring Jamaicans’.

Through her Foundation, Ms. Clarke, who received the award in 18 to 24 age category, has been able to assist youngsters from her Sabbath School and community to prepare, initially for the Grade Six Achievement Test (GSAT) and subsequently the Primary Exit Profile (PEP), through Easter and Christmas camps.

Ms. Clarke, the Office of the Children’s Registry central Jamaica representative who lost her father seven years ago, initiated the Foundation with the help close associates while enrolled in sixth form at high school.

Among those benefiting is her brother, who successfully sat his exams and is now in high school.

Ms. Clarke, who is preparing to embark on tertiary studies, told JIS News that “once I am in university, the work of the Foundation will continue with the other members who are in it”.

The awards were made in three age categories – 18 to 24 for academic excellence and volunteerism; 25 to 35 – academic and professional excellence, and volunteerism; and 35 and over, for achievements attained under challenging circumstances, and significant contributions to society.

The Governor-General, in congratulating the awardees, said he was inspired by the stories of the honourees’, “who have engaged, empowered and inspired themselves and other individuals”.

“They have made a difference and left lasting footprints of good works behind them,” he added.

CAPTION ONE: Governor General, His Excellency, the Most Hon. Sir Patrick Allen (left), converses with newly appointed Custos Rotulorum of Manchester, Hon. Garfield Green, during the Governor-General’s Achievement Awards ceremony for the county of Middlesex, at the Wembley Centre of Excellence in Clarendon on June 27.

CAPTION TWO: The Excellencies, the Governor-General, the Most Hon. Sir Patrick Allen (centre, seated), and Lady Allen (third right), with Custodes Rotulorum of parishes in the county of Middlesex, and the region’s recipients of the 2019 Governor-General’s Achievement Awards. Seated (from left) are the Custodes of: St. Catherine, Hon. Rev. Jeffrey McKenzie; Manchester -Hon. Garfield Green; Clarendon – Hon. William Shagoury, St Ann – Hon. Norma Walters; and St. Mary – Hon. Maxine Marsh. The awards were presented during a ceremony at the Wembley Centre of Excellence in Clarendon on June 27.