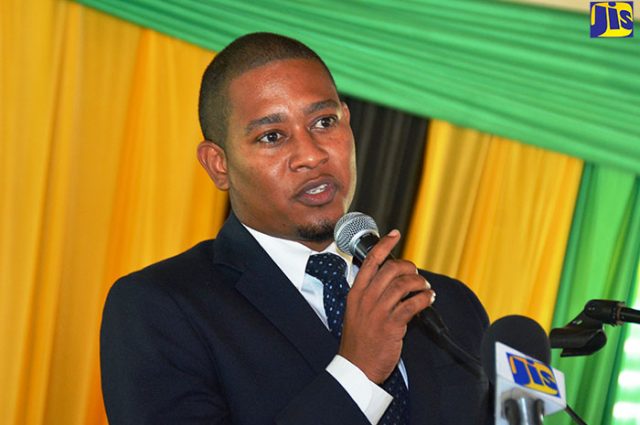 JIS: Minister of State in the Ministry of Education, Youth and Information, Hon. Floyd Green, has charged teachers to listen to their students and tailor lessons to meet their various needs.

He noted that “oftentimes they (students) are able to tell you what would work, what won’t work, and, as such, we have to organise our system around some of their wants and their needs”.

“Yes, we do have the technical expertise, but the critical part of our education system and education reform has to be that the student is at the centre of what we do,” he added.

Mr. Green was addressing a ‘Boys and Girls’ Speed Networking Career Day’ at The Knutsford Court Hotel in Kingston on May 3.

Professionals from various organisations engaged the youngsters in one-on-one sessions aimed at steering them towards achievable goals, engendering more confidence in their ability to contribute responsibly to society, while creating a safe space for dialogue and sharing new ideas.

The Minister welcomed the networking session, noting that “it will go a far way in helping the young people to explore some of the real avenues that are out there”.

“I think the concept of having our youth engage with us in relation to careers is something that we need to do right across the length and breadth of Jamaica. We do still have a deficit in relation to adequate career counselling, and that is why we are still having a mismatch in our society between the areas in which our young people are being trained and what we really need in relation to the growth agenda,” Mr. Green said.

The networking day was organised by the British Council as part of its ‘Boys in Education Week’ from April 30 to May 3 under the theme ‘Supporting a Nation of Champions’. The week involved support from the Jamaica Teaching Council (JTC).

“I am very happy that the British Council has taken on board and elevated the issue of boys in education, especially to this level,” Mr. Green said.

Boys in Education Week, now in its second year, is a precursor to a three-year programme that the British Council will be implementing in collaboration with the JTC.

The Council will be launching a mentoring programme in September under the initiative.

The British Council is the UK’s international organisation for educational opportunities and cultural relations. It operates in 110 countries around the world.

CAPTION: Minister of State in the Ministry of Education, Youth and Information, Hon. Floyd Green