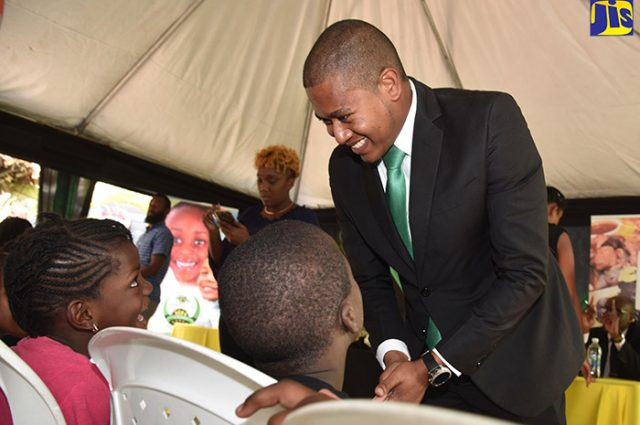 JIS: Minister of State in the Ministry of Education, Youth and Information, Hon. Floyd Green, says the Walker’s Place of Safety, which was destroyed by fire in January this year, will be a state-of-the-art facility once completed.

He informed that he is in possession of the final designs for the building and has received a preliminary estimate of $106 million for its reconstruction.

“There are a few things to be tweaked but we do want to have a first-world, model-type place of safety,” he said.

Mr. Green was speaking to journalists at Courts’ 2018 Customer Scholarship Awards ceremony at The Knutsford Court Hotel in New Kingston on August 14.

The State Minister informed that $25 million has been raised from contributions from public and corporate entities, as well as other well-wishers.

“We still have a far way to go but it is a very good foundation to start upon and we will continue the drive. We (the Government) will put some allocations (to it) to see how quickly we can get it back (into operation),” he said.

The fire, at the Walker’s Place of Safety, which is located at the intersection of Lyndhurst Road and Lyndhurst Crescent, claimed the lives of two children and temporarily displaced 34 children.

Since the incident, there has been an outpouring of love and support towards those affected.

Two individuals, Kimani Anderson and Grace Allen, are to receive the Badge of Honour for Gallantry at this year’s staging of the National Honours and Awards ceremony in October, for their efforts to rescue the residents.

CAPTION: Minister of State in the Ministry of Education, Youth and Information, Hon. Floyd Green, interacts with children from the Walker’s Place of Safety during a ceremony to hand over a cheque for the rebuilding of the facility, held in January at Hope Zoo, St. Andrew.