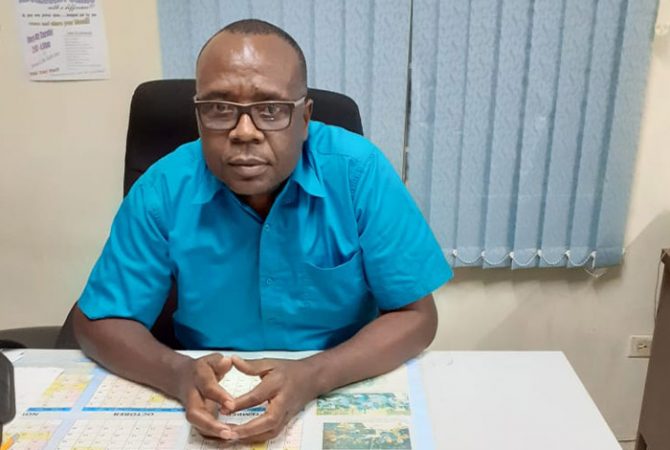 With the resumption of face-to-face classes, the Westmoreland Health Department is appealing to school administrators and parents to be on the lookout for symptoms of hand, foot, and mouth disease (HMFD) among children.

The Health Department said that while there is no outbreak of the disease in the parish, there have been 12 reported cases of the viral illness across eight communities over the past two months.

Cases have been detected in Seaton Crescent, Farm Pen, Chantilly, Hudson Street, Meylers Avenue, and Top Road in Little London, and Georges Plain and Shrewsbury in Petersfield. The individuals were diagnosed at health centres across the parish.

In an interview with JIS News, Parish Health Promotion and Education Officer, Gerald Miller, said that the contagious viral illness is common in infants and children under five years old but can also be transmitted to older children and adults.

He explained that the disease spreads easily in childcare facilities due to frequent diaper changes, and because young children often put their hands in their mouths.

Mr. Miller said the health department is being proactive and has placed educational institutions on alert.

“We have been very proactive in alerting our parents, educational institutions and the principals and the development officers who work with the Early Childhood Commission to let them be aware of the presence of hand, foot and mouth in the parish… and we want our parents, guardians and teachers to be on the lookout,” he said.

Initial signs of the disease include fever, poor appetite, sore throat, and a feeling of malaise.

These symptoms generally last for one to two days before a blister-like rash appears on the hands, feet and in the mouth.

The rash initially emerges as small red spots, but then develops into blisters. The blisters may develop on the gums, inner cheeks, and tongue and patients may complain of mouth pain and a sore throat.

Young children tend to drool and avoid swallowing and may refuse to drink or eat because of the discomfort.

The Health Promotion and Education Officer further explained that measures used to reduce the spread of HFMD include the frequent washing of hands by both parents and children.

“The prevention methods are similar to what would have been practised to prevent the spread of the coronavirus (COVID-19). [These include] washing of hands with soap and water after using the toilet, after changing a diaper, before eating and preparing meals and after handling a sick person, and avoid touching your eyes, nose and mouth with unwashed hands,” he outlined.