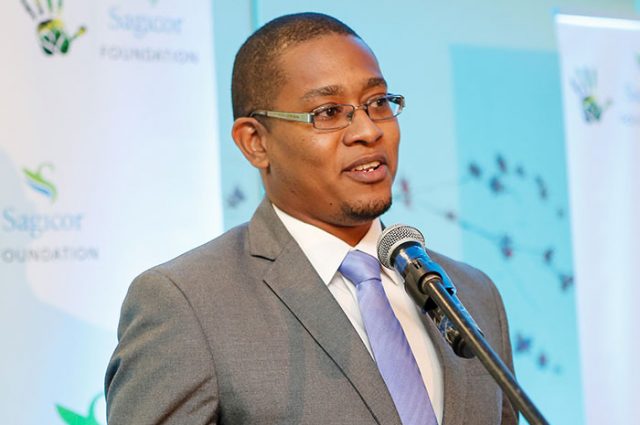 JIS: Six youth leaders were presented with instruments of office to begin their two-year tenure as Youth Ambassadors for Jamaica, during an induction ceremony at King’s House on Thursday (November 23).

The Youth Ambassadors will serve from November 2017 to October 2019 in three portfolio areas – Caribbean Community (CARICOM), the Commonwealth, and the United Nations General Assembly (UNGA).

Responsibilities of the office include promoting and advocating action on critical national and international issues, and bringing national youth matters to the attention of policymakers and planners.

Patron of the programme, Governor-General, His Excellency the Most Hon. Sir Patrick Allen, who presented the Ambassadors with their instruments of office, congratulated the youth leaders on their appointment and encouraged them to use the platform to advocate for youth interests.

“As Ambassadors to the United Nations, the Commonwealth and CARICOM, you have the opportunity to influence the decisions of important international councils. In each of those councils, Jamaica has had a respected voice for many years, and you can be assured that much is expected of you,” he said.

He pledged support to the youth leaders in helping them to make a positive impact on the lives of those they have been appointed to serve.

State Minister for Education, Youth and Information, the Hon. Floyd Green in his remarks challenged the new ambassadors to be active players in advancing Jamaica’s interests in the region and internationally.

“This programme is very important, as it carries Jamaica’s position on a number of issues to various regional and international bodies, and we want our young people to take that message forward.

Please ensure that you are aware of the issues and Jamaica’s position on those matters, whether they relate to youth development or general issues. We want the youth to push those positions to then influence the Heads of Government,” he noted.

Senior Director, Youth and Adolescents Policy Division in the Ministry, Michele Small Bartley, commended the young leaders for their commitment to service to the nation.

“These new ambassadors are already proving that they are highly motivated. I have met with them personally and have recognised their willingness to serve their peers. Commitment, enthusiasm and passion are the three salient characteristics I have noted. Execute your task with passion and compassion for those you will serve,” she encouraged.

The Jamaica Youth Ambassador Programme (JaYAP) was established to promote youth advocacy and facilitate the participation of young people in decision-making.