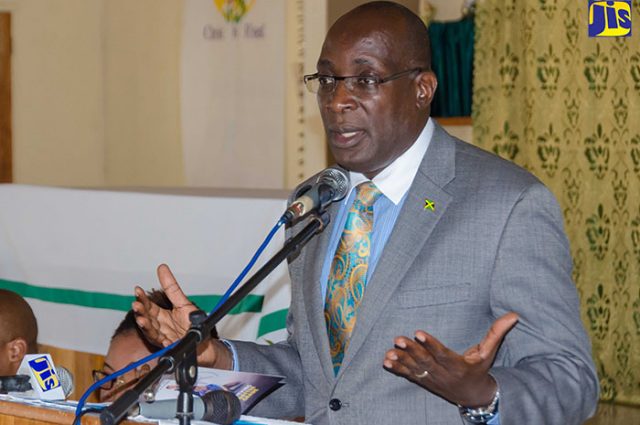 JIS: Minister of Education, Youth and Information, Senator the Hon. Ruel Reid, says young people are at the heart of the Government’s economic development programme.

He noted that policies and programmes have been put in place to fully engage the youth and ensure that they have access to education and training, to take full advantage of opportunities in the country.

“We want to make sure that there is no more army of unattached youth,” the Minister said, while addressing Youth Conference 2017 on Monday (November 27) at the Jamaica Conference Centre, downtown Kingston.

He noted that Jamaica has the capacity, once the human potential is developed, to be one of the greatest countries in the world, “and that is the mission of the Administration”.

Meanwhile, he assured the young people gathered that there is no need for fear or panic from the introduction of the National Identification System (NIDS).

He explained that NIDS is intended to be a secure and reliable system to verify an individual’s identity and will have no negative impact.

“This is an advanced system of identification, which is what is likely to be replicated across the world… . We have passed a law, which is an intent into how we want an ID system to work,” the Minister said.

He noted that many of the concerns regarding implementation of the system have been addressed, and other matters will be dealt with as the regulations are developed.

“All the interest groups, including students; all the church groups; and all the persons who have concerns, you will be allowed to make representation,” he noted.

The forum was organised by the Jamaica Youth Advocacy Network (JYAN) and included presentations from several agencies and private groups that are working for the development of young people.