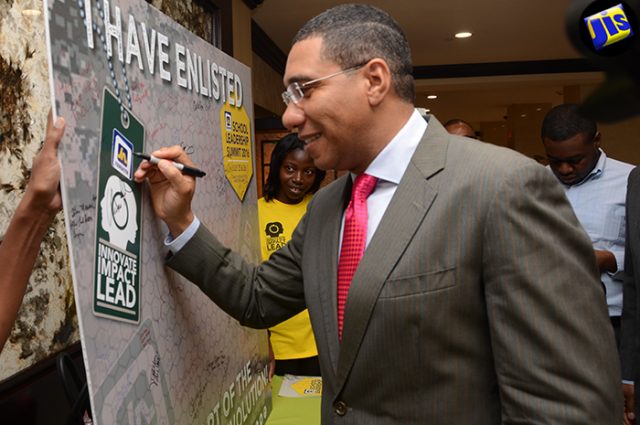 JIS: Prime Minister, the Most Hon. Andrew Holness, has reiterated the Government’s objective to make education compulsory for children three to 18.

He said that students must also have exposure to a well-rounded curriculum.

Mr. Holness was speaking at the start of a two-day School Leadership Summit staged by the Jamaica National (JN) Foundation on July 25 at The Jamaica Pegasus hotel in New Kingston.

He lauded the JN Foundation for staging the summit and for its contribution to the development of education in Jamaica.

The Leadership Summit, under the theme ‘Innovate. Impact. Lead: Join the Education Revolution’, brings together principals, senior teachers and grade supervisors, among others, to benefit from an exchange of expertise in school leadership from local and international professionals.

JN Foundation Chairman, Earl Jarrett, informed that coming out of a 2008 report, which showed unfavourable results among some non-traditional and rural high-school students, the entity partnered with the Victoria Mutual Building Society (VMBS) to tackle the problem through the Centre of Excellence Project.

Mr. Jarrett hailed the project as a success, noting that it was able to improve the performance of students in mathematics, English and the sciences.

American education expert and consultant Salome Thomas-El, who was the main presenter, noted that school principals and leaders must be engaged with students.

He described teaching as a ministry and encouraged principals and teachers to work together. Mr. Thomas-El said the job of an educator is to teach children to think.

He also encouraged school leaders to embrace the wider community and “believe in our children”.

Prime Minister, the Most Hon. Andrew Holness, ‘enlists’ in the Jamaica National (JN) Foundation’s education revolution at the entity’s Leadership Summit held at The Jamaica Pegasus hotel in New Kingston on July 25.