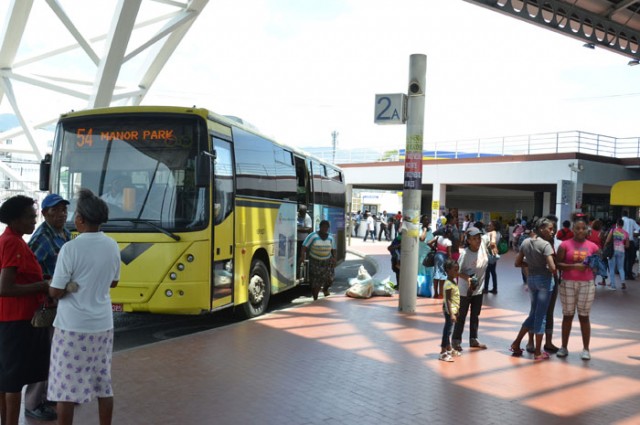 JIS: Discussions are under way between the Jamaica Constabulary Force (JCF) and the Ministry of Education, Youth and Information for the installation of a closed-circuit television (CCTV) system that links the Transport Centre with various high schools in the Corporate Area.

This was noted  by Minister of Education, Youth and Information, Senator the Hon. Ruel Reid, during a back-to-school conference for Region One at the Jamaica Conference Centre in Kingston, yesterday (August 29).

“You as principals, right there in your office, will be able to see which of your children are out there loitering and we can deal with that,” he said.

Senator Reid said this forms part of the Information and Communication Technology (ICT) strategy of the Government, which aims to provide internet access to public-sector entities.

The Minister noted that the strategy is also part of the Ministry’s approach to providing a safer environment for students and to dissuade them from loitering.

In the meantime, he said special constables will be assigned to the Transport Centre in Half-Way Tree to ensure that there is no loitering in the mornings, afternoons and evenings for students.

“This will ensure that they move with dispatch from the transport centre to our schools,” Mr. Reid added.

He said discussions are under way with the Jamaica Urban Transit Company (JUTC) to reconfigure bus routes that eliminate the transport centre stop altogether for students.

“As it is configured, the traffic is designed to pass through the transport centre which creates a problem; so what we have asked them to do is to create special school bus routes so those buses that are picking up the students wouldn’t have to pass through the centre,” the Minister explained.

For the rural area, he said discussions are under way to devise a school bus system as well.

Over recent years, some students in the Corporate Area have used the Transport Centre as an area for loitering and to misbehave.

The conference was held under the theme ‘Growing Better Schools for Better Communities: A Policy Imperative’.