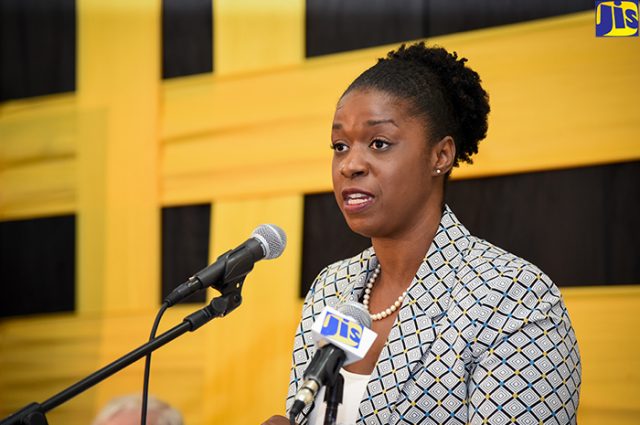 JIS: National Mathematics Coordinator, Dr. Tamika Benjamin, says discussions are under way towards increasing the number of scholarships offered to student-teachers who are pursuing science majors at the tertiary level.

She said the move is aimed at boosting student achievement in the science subjects, particularly chemistry and physics.

She pointed out that with the improved performance in mathematics, the Ministry of Education, Youth and Information is looking to shift more resources into the sciences, where students are falling behind.

“Two years ago, the Ministry made a decision to invest $400 million per year for a period of four years to make scholarships available to persons interested in teaching maths and science. This year, in our discussions, we’re actually considering making a slight adjustment to the number of maths scholarships available, downwards, because we would have already exceeded our targets, and we are falling behind in some of the critical science areas,” she said.

“For me, it is encouraging that we can actually consider making that decision, because a few years ago, you would have been fighting to find people who would even want to teach [mathematics]. So to see that the maths programme is actually leaps and bounds ahead is encouraging,” she added.

Dr. Benjamin was addressing a press briefing on the implementation of the pilot of the Mathematics Enhancement Project (MEP) held on Wednesday (January 17), at The Mico University College in Kingston.

A total of 440 scholarships have been awarded to tertiary students under the Maths, Science and Technical and Vocational Education and Training (MS-TVET) Teacher Initiative for the 2017/18 academic year.

The support covers tuition, boarding, books and miscellaneous fees. Some students received an additional grant of $20,000 each.

“This year, we have 67 per cent mastery at the grade-four level, and that’s coming from our first sitting where we had 38 per cent mastery. When we look back at CSEC maths, we are currently at 52 per cent, and what is encouraging is that the actual sitting cohort is increasing in number. We are seeing an increase in the percentage of students passing, meaning that many more students are actually leaving our secondary schools with a pass in CSEC maths,” she explained.

She noted that what is especially heartening is that more children are thinking “outside the box”.

“Over the last two or three years, they’ve had to create multiple rubrics to mark the items, because our students, in increasing numbers, are inventing accurate strategies to answer the questions. So that is actually encouraging. It’s a sign that our students are going beyond the usual algorithms and finding methods and approaches to solve problems that are their own, but, most importantly, they are accurate,” she said.

Dr. Benjamin said the Ministry recognises that more work has to be done to improve reasoning and critical thinking.

“We will continue to work on improving teacher quality, but we must maintain at the forefront of our minds, that we build teachers’ capacity to support the development of the critical thinking skills of our students.”

The four-year MEP project (September 2017 to August 2020) is being implemented by The Mico University College, through the Caribbean Centre of Excellence in Mathematics Teaching (CCEMaT) located on the college campus.

It aims to improve the teaching and learning of mathematics at the primary level through innovative classroom strategies.

MEP was developed by the Centre for Innovation in Mathematics Teaching (CiMT) at Plymouth University in the United Kingston, which will assist in its implementation locally.

CAPTION: National Mathematics Coordinator in the Ministry of Education, Youth and Information, Dr. Tamika Benjamin, addresses a press briefing at The Mico University College in Kingston on Wednesday, January 17.

The Minister’s secretariat is comprised of advisors, consultants, research officers and administrators – all assigned to the Honourable Minister of Education. This Secretariat assists in the preparation of speeches, cabinet submissions, policies, legal documents, sectoral debates, briefs, reports; and also...
read more