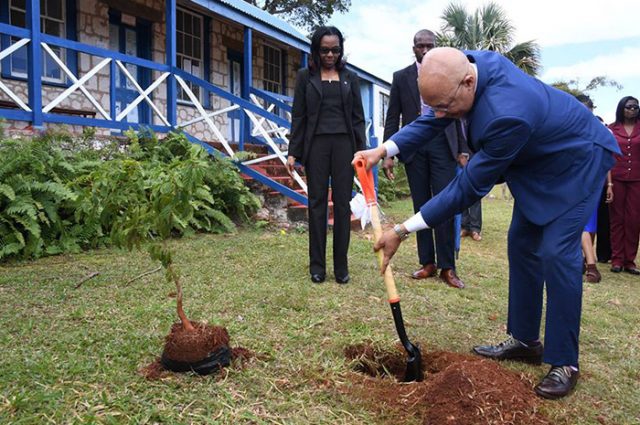 JIS: Governor-General, His Excellency the Most Hon. Sir Patrick Allen, says education is one of the fundamental pillars on which successful societies continue to endure, and which persons use to take them from poverty to success.

Delivering the keynote address at the 160th anniversary celebrations for the Hampton School in Malvern, St. Elizabeth, on February 27, the Governor-General said that some of the social ills in Jamaica can be attributed to the lack of a good education.

He argued that this can be addressed once a solid foundation is built within the family structure and young persons are made to feel that they are the “nation’s hope”.

“Lay the solid foundation starting with the family and the result will be strong, confident and ambitious young people, but where we have broken homes, we have girls who are not so confident, who are not so sure of themselves and who are crying out through their actions for some form of support or simply a listening ear,” he said.

The Governor-General lauded the administrators of the Hampton School for creating an environment in which the girls have a voice and are given the opportunity to be well rounded.

“Hampton has earned her place in the top echelon of secondary educational institutions in Jamaica. I hope the school will continue to cater for girls holistically, while building firm moral and educational foundations and opening for them the windows to the world,” he said.

The Governor-General said the teachings of the Hampton School epitomise the core message of the ‘I Believe’ initiative, which serves to restore hope, belief and sound values in Jamaica’s families, youth and educational programmes… at the same time acknowledging the outstanding achievements of those who seek to effect positive change at the community level.

He underscored the importance of students being a part of initiatives of that nature, emphasising that “there is an urgent need for young people who will be called upon to take the reins of this country”.

“We must urgently motivate them to believe in themselves, to take all the steps necessary to pursue and reach their goals, so that they, in turn, can give back to Jamaica,” he added.

CAPTION: Governor-General, His Excellency the Most Hon. Sir Patrick Allen, plants a Poui tree in commemoration of the 160th anniversary of the Hampton School, in St. Elizabeth. The anniversary celebration was held at the school on February 27.

The Ministry of Education and Youth is pleased to share with all our stakeholders the reports on the Caribbean Advanced Proficiency Examination (CAPE) and the Caribbean Secondary Education Certificate (CSEC) Examination. We hope that our analysis of the results will...
read more