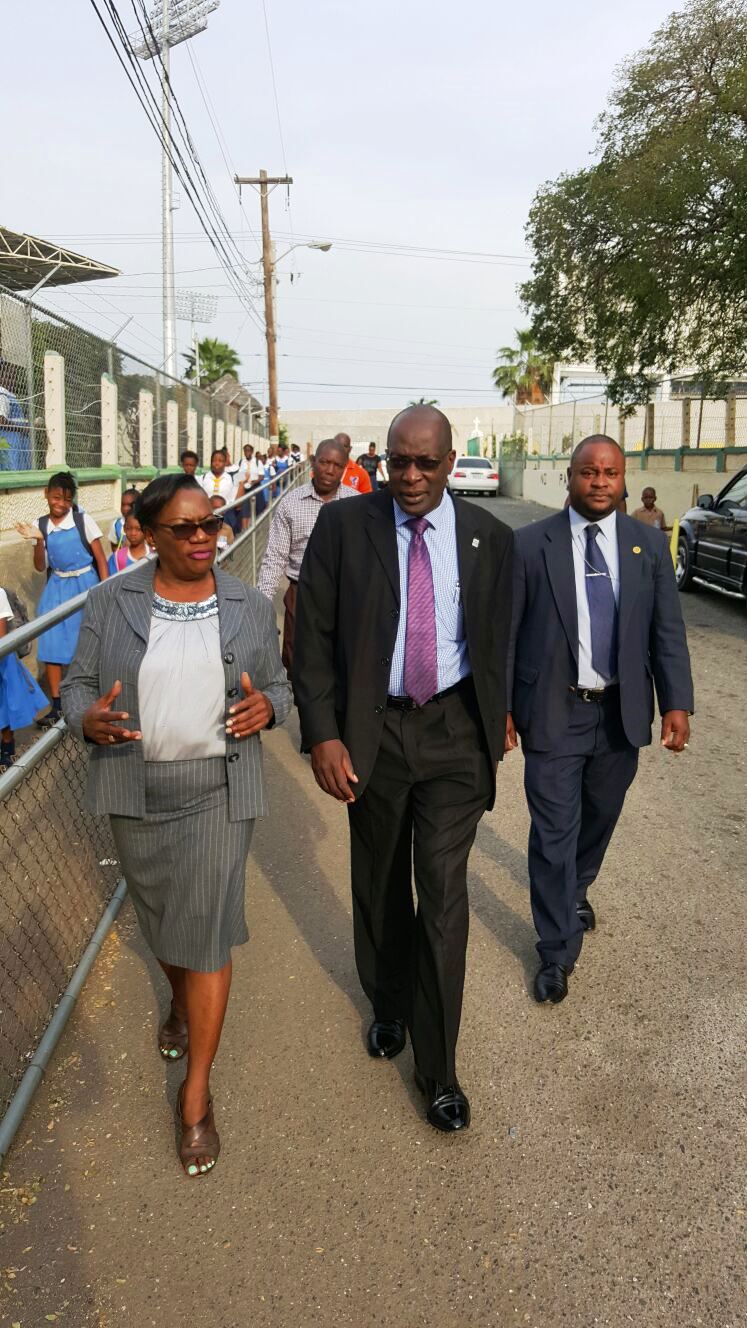 Minister of Education, Youth and Information Ruel Reid has welcomed the removal of offensive posters from the entrance of the Alpha Primary School in Kingston.

Following media exposure of the signs which promoted X-rated adult entertainment, Minister Reid visited the school Monday morning (April 18) and expressed relief that they had been removed.

Minister Reid met with the Principal Millicent Graham, several members of staff and parents along with some students. He expressed appreciation to the staff for their contribution to education and encouraged parents to continue supporting the school.

Since assuming office Minister Reid has emphasised the promotion of positive values and attitudes throughout the education system.

MRS. MAUREEN DWYER, BH (M), JP.PERMANENT SECRETARY (ACTING) - MINISTRY OF EDUCATION AND YOUTH  Maureen is the former Chief Executive Officer and Chief Inspector of Schools in Jamaica and has over 35 years’ experience in the delivery and evaluation of...
read more