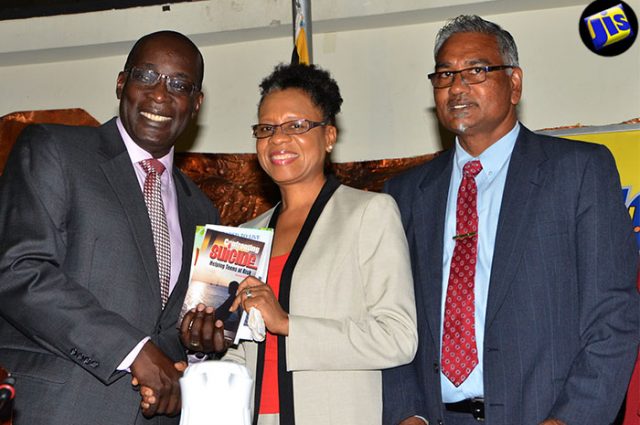 JIS: In a move to reduce the suicide rate, the Government is putting in place an awareness programme for persons facing social challenges to have information on where they can receive help.

Making the disclosure, Minister of Education, Youth and Information, Senator the Hon. Ruel Reid, said there is a commitment to the cause of suicide prevention, by connecting individuals to institutions of care.

He was speaking at the World Suicide Prevention Day seminar, held on Friday (September 9), at the Jamaica Conference Centre, in Downtown Kingston.

Senator Reid said several agencies will be engaged for the educational campaign.

According to Minister Reid, the Child Development Agency (CDA) and the National Parenting Support Commission (NPSC) will be tasked to “integrate suicide prevention tips in all presentations to members of the public immediately”.

Additionally, the Education Minister said part of the NPSC’s role will be to establish a special suicide prevention help line with the relevant staffing, in time for the start of the next school term.

Senator Reid informed that schools will be directed to increase their focus on the prevention education, before the end of September.

In addition, the Jamaica Urban Transit Company (JUTC) will be asked to place suicide prevention tips on as many buses to heighten the awareness.

The forum was organized by Choose Life International, to provide training, for the help and empowerment of educators, students’ leaders, parents, community leaders, police, pastors, and caregivers, to identify persons who may be suicidal.

CAPTION: Minister of Education, Youth and Information, Senator the Hon. Ruel Reid (left), accepts a suicide information book, from co-founder, and Vice President of Choose Life International, Faith Thomas, while founder and President of the organization, Dr. Donovan Thomas (right), shares in the moment. Occasion was the staging of a World Suicide Prevention Day seminar, held on Friday (September 9), at the Jamaica Conference Centre, in Downtown Kingston.