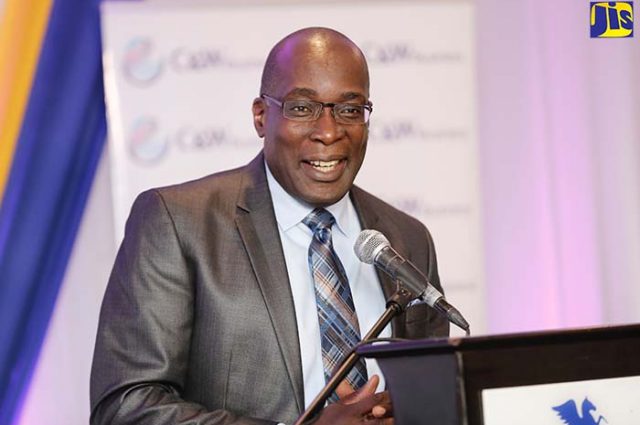 JIS: Students on the Programme of Advancement through Health and Education (PATH) in rural parishes are to benefit from a school transportation programme starting in September.

It will begin as a pilot project to be rolled out in St Elizabeth, St. Thomas, St. Mary, Hanover and St James.

This was announced by Minister of Education, Youth and Information, Senator, the Hon. Ruel Reid, who said the Government is embarking on the initiative to address the problem of absenteeism among this cohort, which represents 50 per cent of all children in school.

“We still have an average of 20 per cent absenteeism of our children each day, because parents cannot afford to send their children to school,” he said, while addressing a President’s Forum hosted by the Private Sector Organisation of Jamaica (PSOJ), at The Jamaica Pegasus hotel in New Kingston, on March 28.

The Minister pointed out that in several parishes, more than 40 per cent of households are on PATH, and many schools in rural areas have more than 90 per cent of students on the programme.

Mr. Reid said he has been having discussions with Transportation Minister, Hon. Mike Henry, on organising this school transport system “to get those vulnerable children to school”.

“It makes no sense that we are offering free access to education, but they can’t receive it because they can’t even reach (school).

“We have to get them to school and take them back safely,” he said.

The Minister said the Government is keen on removing all barriers to education, especially for those on PATH who are already benefiting from the school-feeding programme.

The Government has gone another step further to assist this group, having now added literature books to the rental system.

In addition, the Government will also cover the cost of IDs and insurance for PATH students, come September.

CAPTION: Minister of Education, Youth and Information, Senator, the Hon. Ruel Reid, addresses a President’s Forum hosted by the Private Sector Organisation of Jamaica (PSOJ), at The Jamaica Pegasus in New Kingston, on March 28.